Today, I will be reviewing the Royal Time Gradient Trio from Zen Yarn Garden. Disclaimer: I received this complimentary yarn in exchange for a review. I am not being paid to write this review and everything shared here is my real opinion.

Gradient patterns are really hot right now. The bold ombre trend came up a few years ago, and now the focus has shifted to slightly more subtle color transitions. I love gradient projects. I think they are really classy. However, something that can sometimes be challenging is finding the right yarn for the pattern. Zen Yarn Garden has got you covered with their prearranged gradient sets. They even suggest patterns! 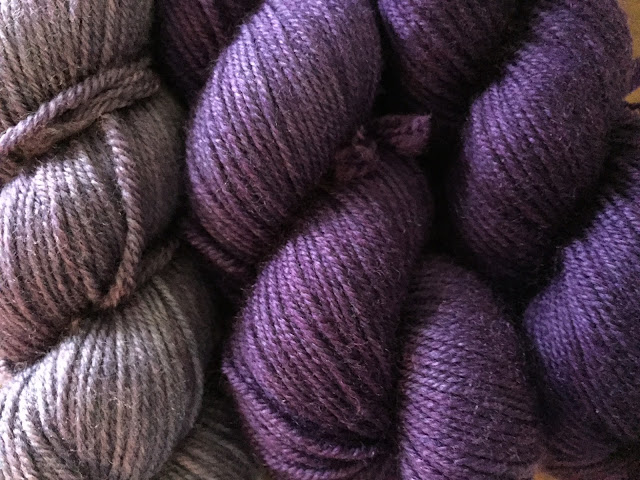 I am currently working with this yarn and it is a very pleasant experience. I'm using a smallish hook (3.5mm), and yet my hand is not tiring too much. I think it is because the yarn is very smooth and easy to work with. It is soft, yet it also provides good stitch definition. 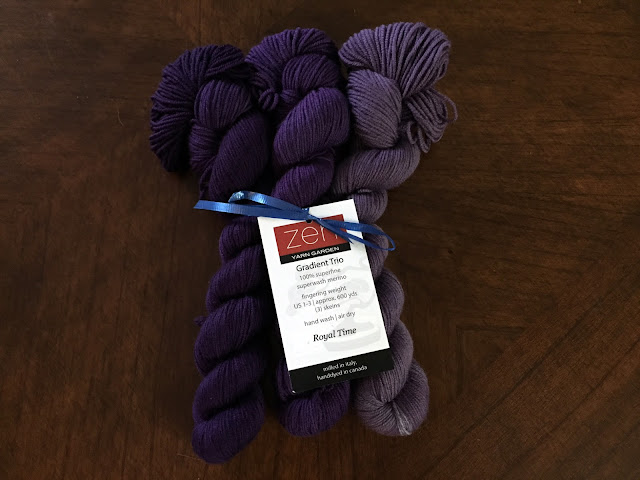 Purple is my favorite color, so this is the perfect set for me. At first I thought I might find an existing pattern to work with. However, I got a flash of design inspiration and I've actually been developing a simple crochet pattern. Guess what? It will be a free pattern! 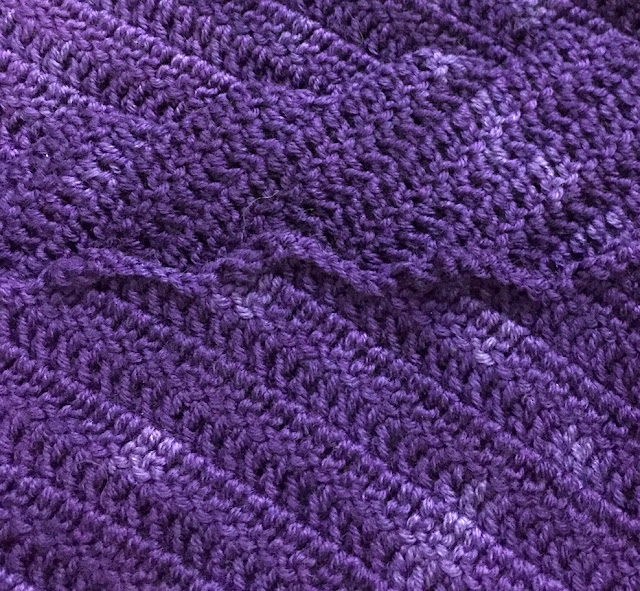 This is just a little teaser picture. The free pattern should be posted sometime at the beginning of December. Speaking of December, I heartily endorse this gradient trio as a holiday gift. For a knitter or crocheter. If I have extra yarn after the pattern is complete, I'll knit it up and let you know what I think. For now, I am perfectly pleased to be crocheting with it. Thank you for the yarn, Zen Yarn Garden!

Posted by Illuminate Crochet at 9:16 PM No comments:

Thanksgiving has passed and winter holiday decorations are popping up everywhere! Something I'm really happy about is that I am completely done with my holiday shopping. It's true! I got a jump on it this year and now I get to wrap all of the presents. I think wrapping presents is super fun!

However, I realize that I am likely an anomaly in having my shopping done. Most folks are just getting started. If you're looking for a gift for a crocheter, consider my book: Nature's Gifts for Baby. It can be purchased on Amazon and the Leisure Arts website (where it's on sale this weekend!), as well as in craft stores around the United States. Your giftee will be able to get a head start on all of the baby shower gifts that will be needed next summer as a result of this year's cozy winter moments *wink*. 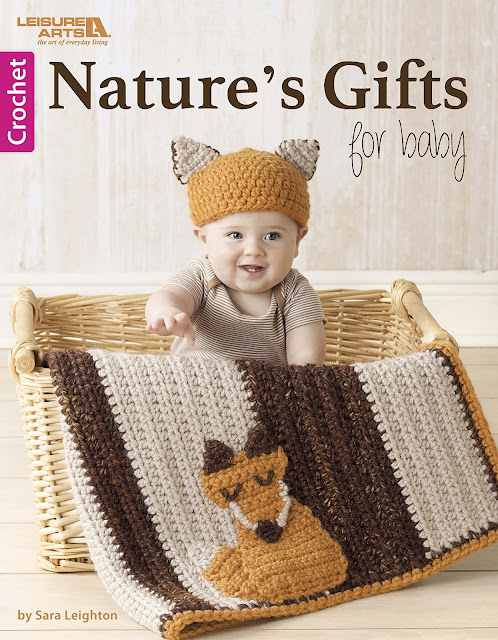 Still not convinced? Check out these reviews:

From Mikey of The Crochet Crowd: "Sara has gone that extra step to make the blankets look and feel special."

From Tamara Kelly of Moogly: "Aren’t they gorgeous!?"

From Kathryn Vercillo of Crochet Concupiscence: "I love the way that nature has inspired the pieces in ways that are both obvious and subtle."

From Susan Carlson of Felted Button:  "As you know--I looove making blankets, so this is right down my alley!"

From Susan Lowman of The Crochet Architect: "If you’re looking for some new crochet patterns to make for a favorite baby in your life, I hope you’ll consider this book with lots of creative designs!"

PS: Re-reading all of the kind words of the reviewers definitely has me misty-eyed. The crochet community is so kind and supportive!

Posted by Illuminate Crochet at 3:59 PM No comments:

Yarn at the Northwest Chocolate Festival

I have been going to so many events. It's been fun, but also exhausting. I recently attended the last event I'll be going to for a while. The Northwest Chocolate Festival was interesting and tasty, but also very crowded. It was located right on a pier with a pretty view of the Puget Sound. They had chocolate vendors visiting from all over the world. In addition to chocolate, they also had other specialty items like hot sauce and jerky. I sampled both kangaroo jerky and alligator jerky. I enjoyed the former... not so much the latter. 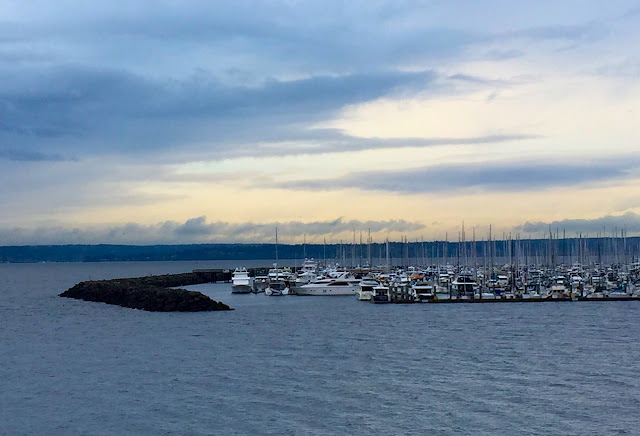 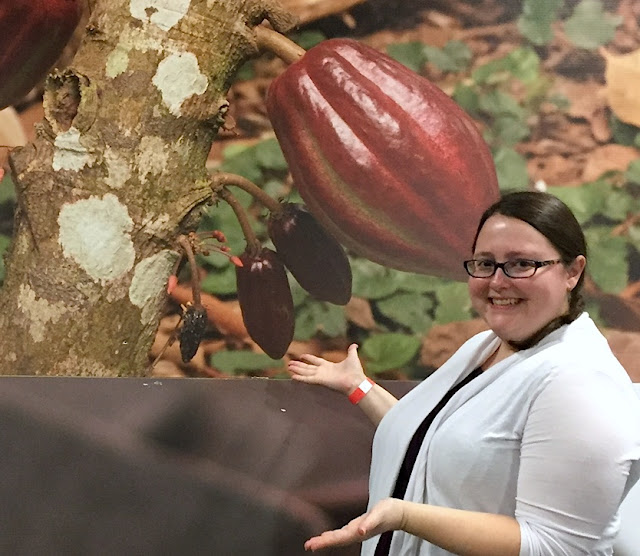 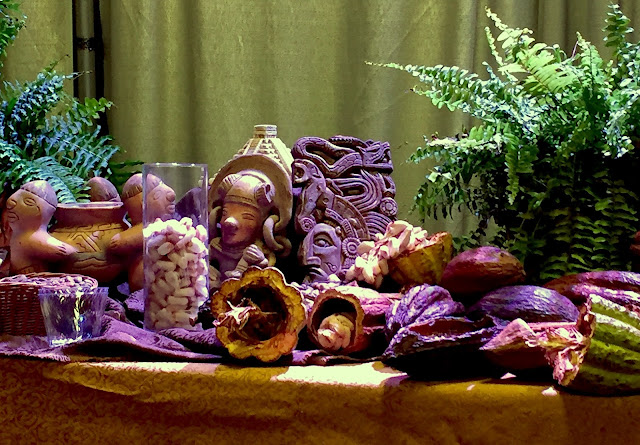 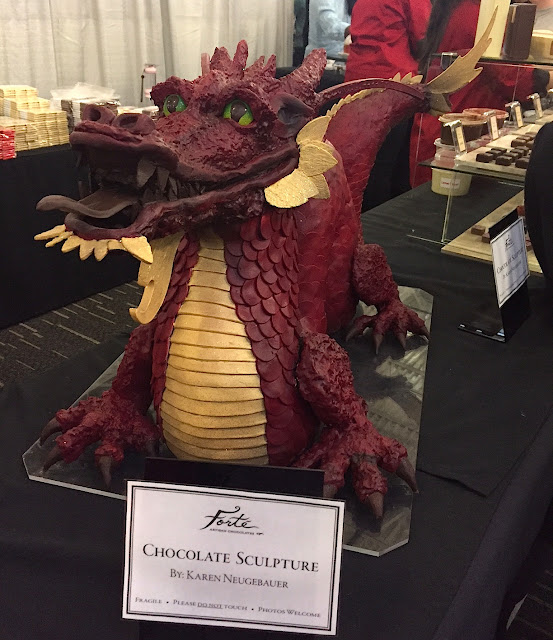 Why am I talking about a chocolate festival on a fiber arts blog? Well, as luck would have it, I actually found yarn there! Stellar Alpacas had a selection of yarn and goodies for sale. 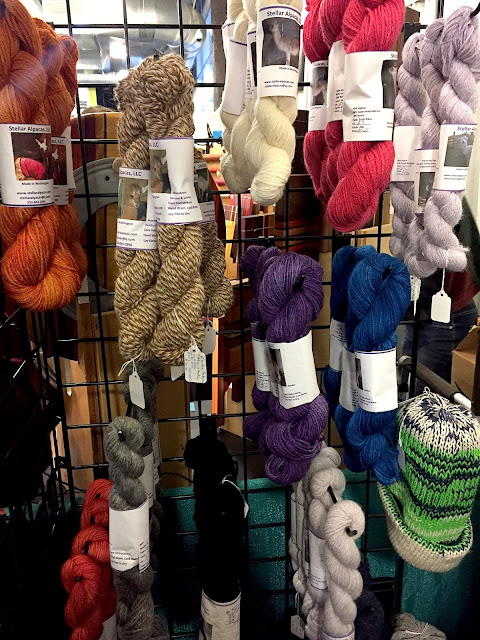 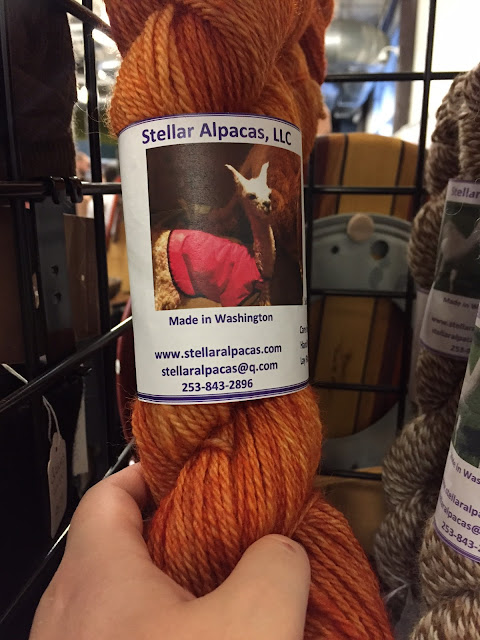 Posted by Illuminate Crochet at 1:32 PM No comments:

In my Vogue Knitting Live pictures, I was wearing a freshly knitted cowl. It was another Willow Cowl, made with gorgeous yarn that my friend, Toni, gave me. I had fun making the first cowl and wanted to try a second that was true to the pattern. I enjoy the result... but I won't be repeating a pattern again. I have found that I much prefer making something new each time, whether it be designing or working up someone else's pattern. However, I'm happy I made this cowl. It is very wearable and the colors are very me. I didn't block it; I like it the way it is. It's squishy and has a lot of movement. (I'm also lazy about blocking!) 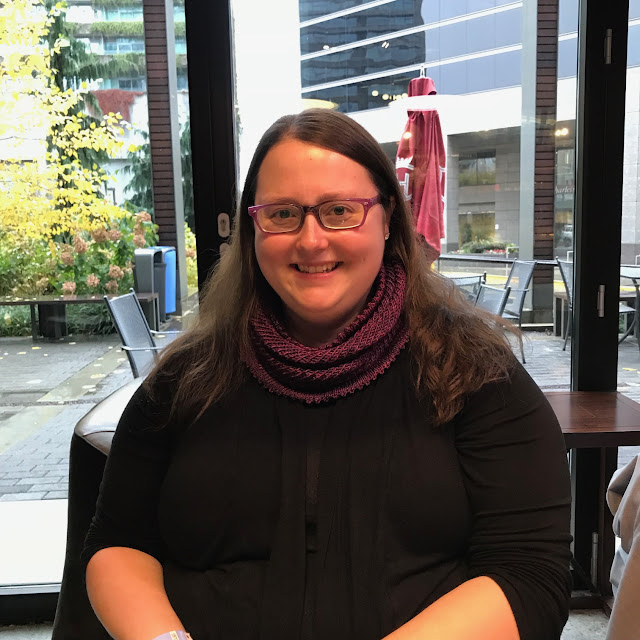 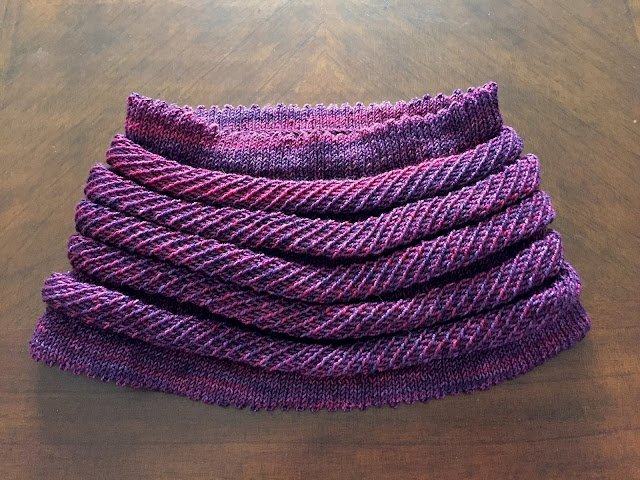 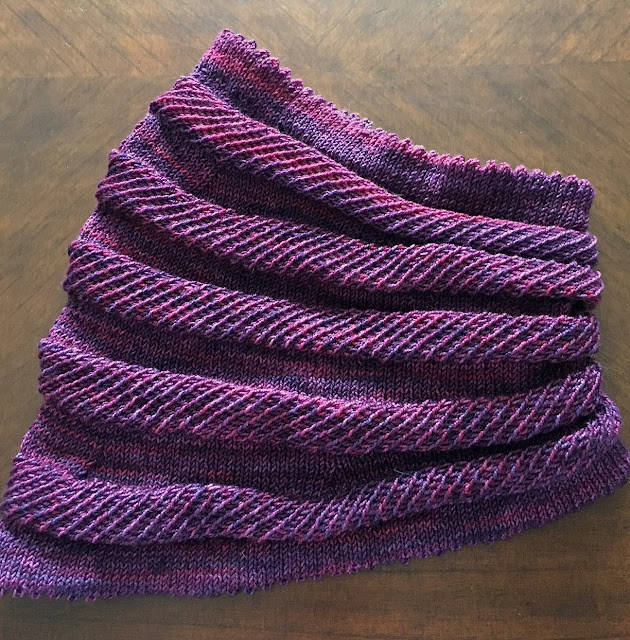 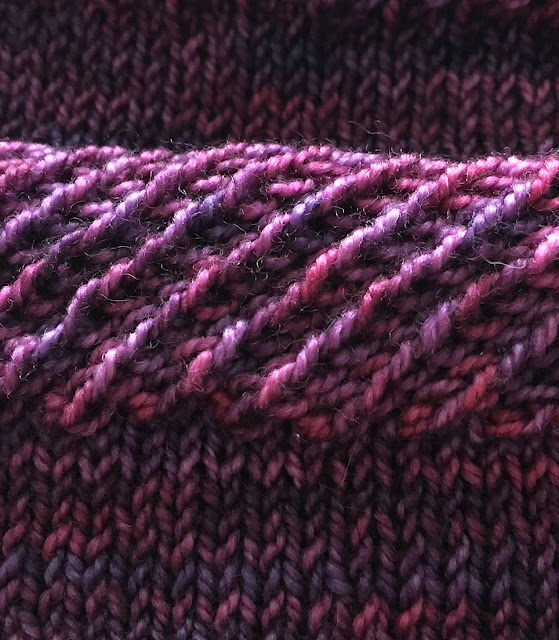 Fall has shaped up to be quite a busy season for me! I've been to at least one event each weekend, I'm working on several projects at once, and my day job is as busy as ever. I was lucky enough to go to Vogue Knitting Live last weekend... and I'm only just getting around to posting about it today!

This was such a cool event. I had heard about it when it came by a few years ago, but I didn't end up going. I made sure to snag my ticket early this year! 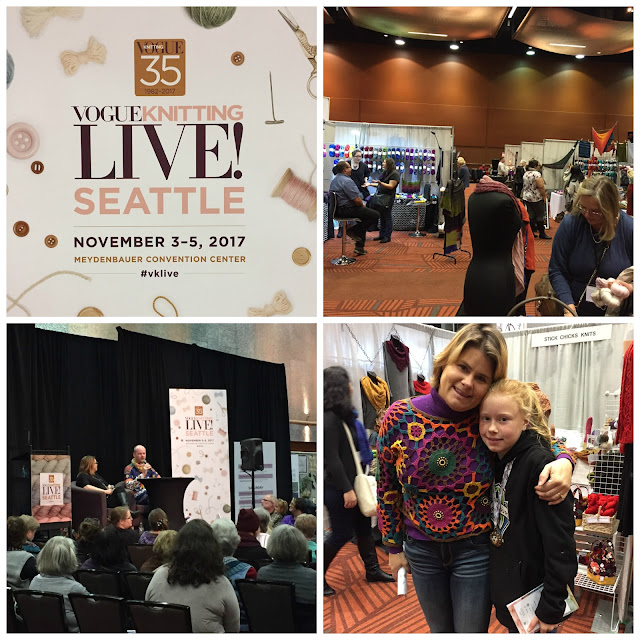 The event was filled with art, presentation, classes, booths, and fiber lovers of all ages and crafts. I saw lots of great crochet. I think the fine yarn world is doing a much better job of being inclusive of crochet these days. 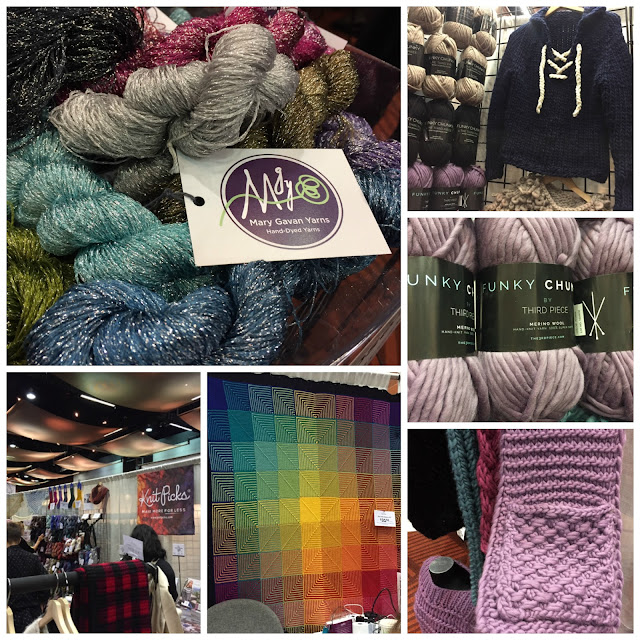 There was soooooo much delightful yarn! I really had to contain myself. Look at the lovelies above from Mary Gavan Yarns, Knit Picks, and Third Piece. 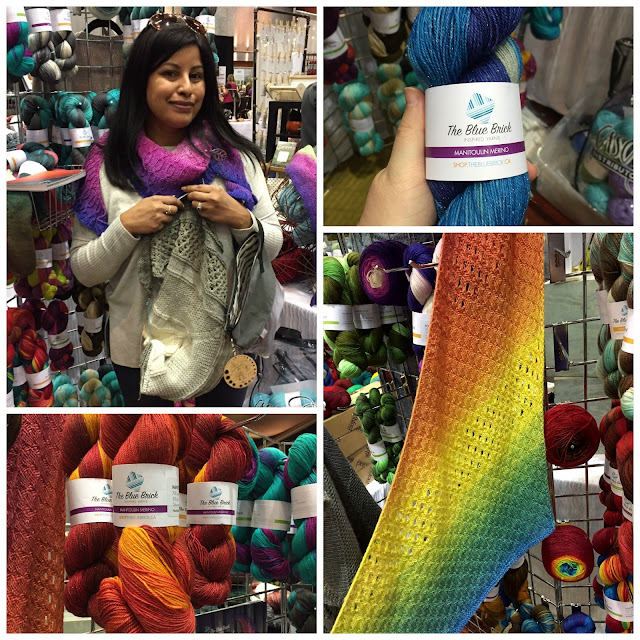 I absolutely fell in love with the gradient yarns of The Blue Brick, and the dyer herself kindly posed for a picture. Unfortunately, I snoozed on the hank that I wanted. When I went back, it was gone! How exciting are the sparkles? 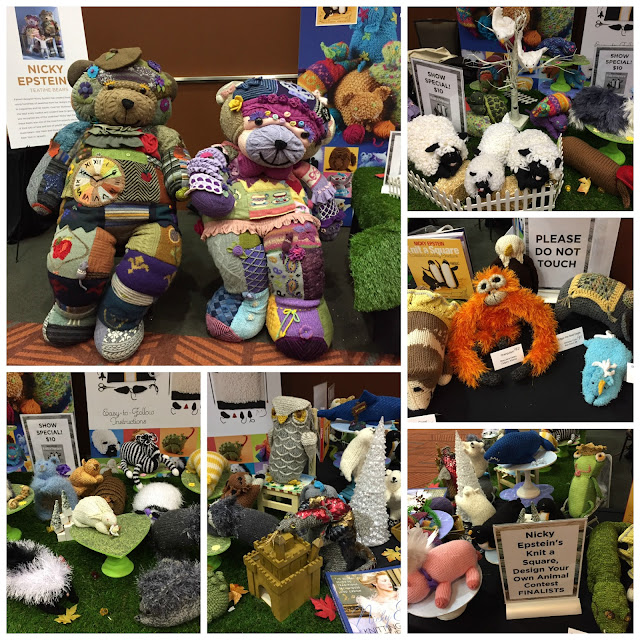 Nicky Epstein had a booth showcasing her large "Teatime Bears," as well as toy animals made by knitters who had followed her patterns. 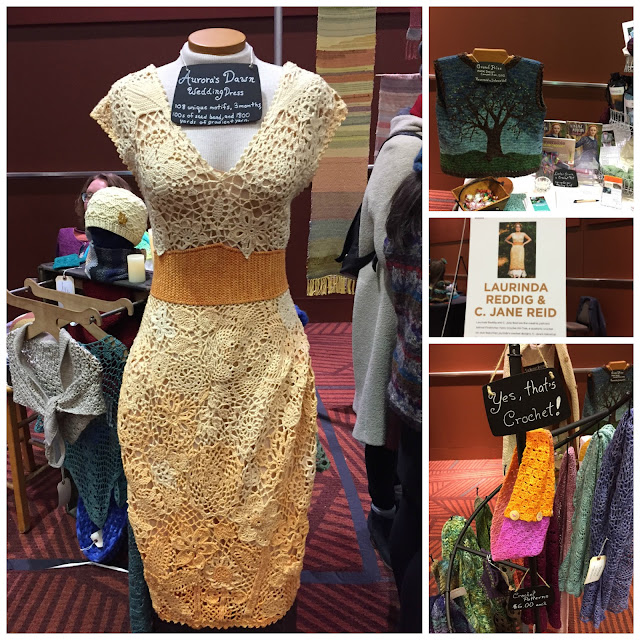 Laurinda Reddig, a super friendly crochet designer who I previously met at Urban Craft Uprising, had a lovely selection of crochet pieces out to show. 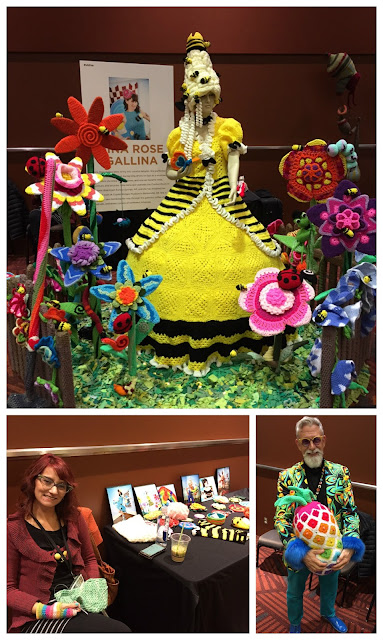 Gina Rose Gallina, whose pineapple I blogged about previously, was there showing off some amazing and whimsical art. She took the time to chat with me and share tidbits about her process. She is so friendly! 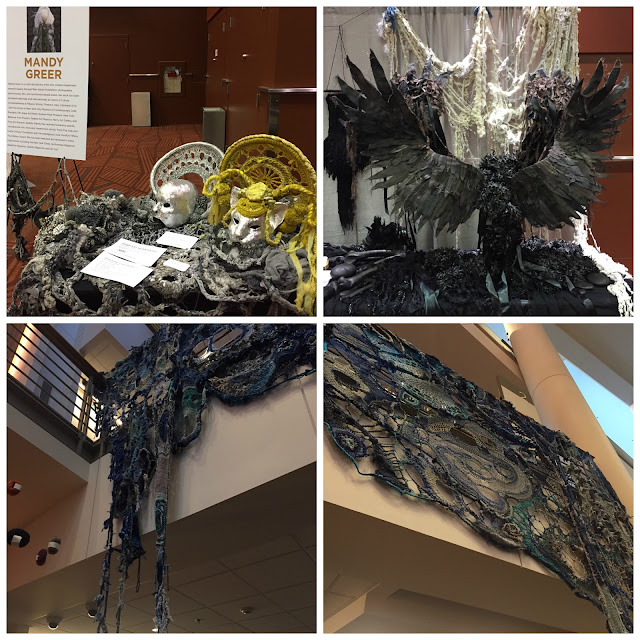 Mandy Greer's art was a mix of many mediums, crochet included. The blue artwork was made by many hands and brought together by Mandy. Such a neat aesthetic! 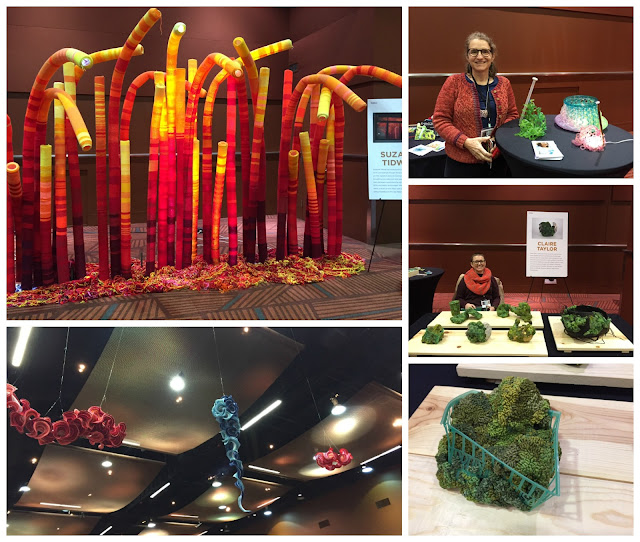 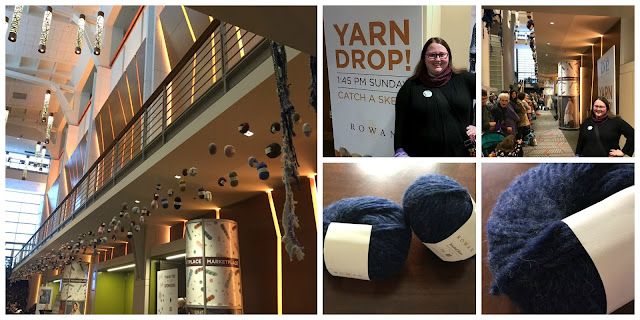 At the end of the event there was a yarn drop, hosted by Rowan. I got to catch yarn as it fell from the ceiling! It was really fun to line up with all of the other yarn lovers. I managed to snag two skeins from the same dye lot! 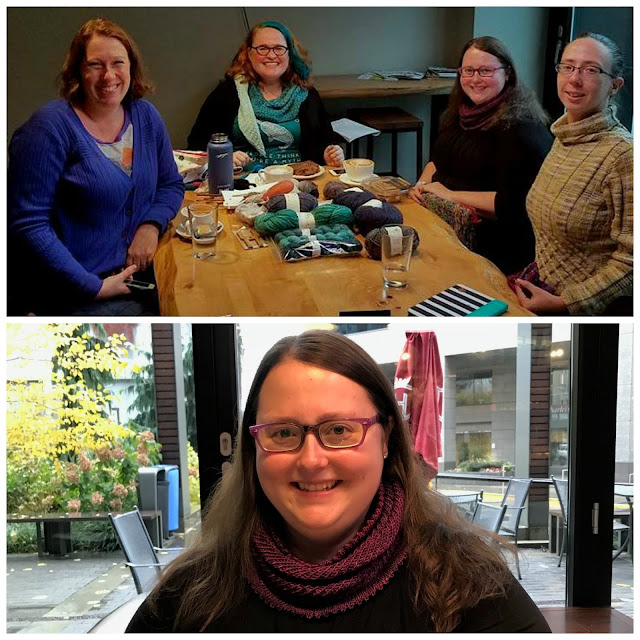 After the event, my friends Claire, Suzanne, and Caroline all joined me at a coffee shop. We worked, chatted, and reviewed our loot. 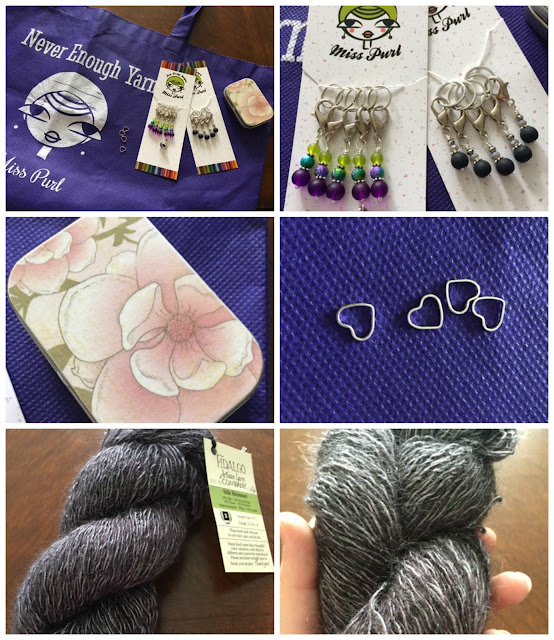 I came away from the market with some lovely stitch markers and a case from Miss Purl. They can be used as either crochet or knitting markers. Isn't that cool!? I also splurged on a gorgeous skein of sparkle yarn from Fidalgo. It was such a great time! I'll definitely attend when it comes to Seattle again.
Posted by Illuminate Crochet at 7:41 PM 2 comments: