Throughout the past year I have participated in a few redditgifts gift exchanges. Some of them have gone well and some not so much. The best exchange that I participated in was the Hat and Scarf Exchange. I signed up with a mind toward making something instead of buying. My giftee requested a cloche, an item I had never made before. Not to be deterred, I scoured the internet for an appropriate pattern and finally settled on this one. It was well written and the directions were clear and easy to follow. However, I would caution you to use a hat chart to make your initial circle rather than following the pattern as the first time through my circle was much too small and I had to frog it. Here is the final result. 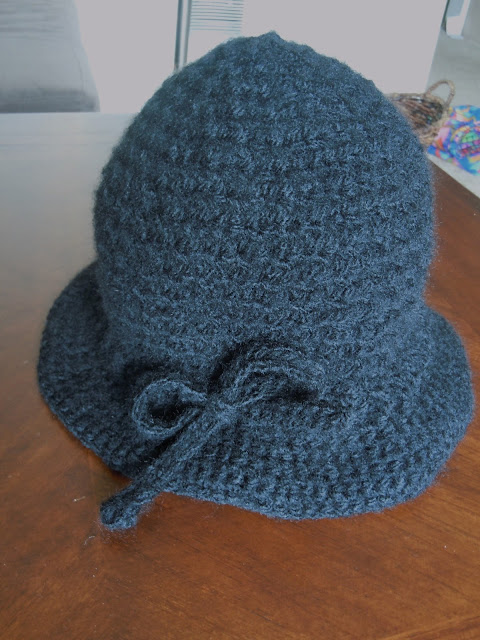 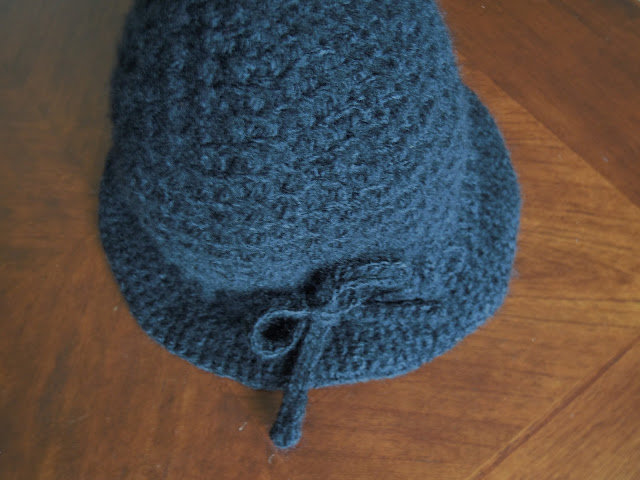 She said she enjoyed the item and it pleases me to know that a random woman in New York is wearing my work! Since I had so much fun making the cloche I also included a scarf that I made using my personally created bobble stitch. 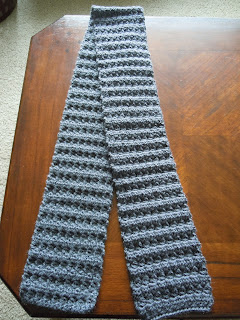 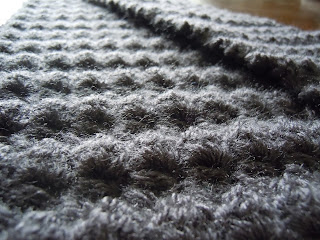 She told me that grey is her favorite color and she began wearing the scarf as soon as she received it. Success!

I also received my own gift from a random internet stranger. Through a great stroke of luck my gift giver was also a crocheter! Here is what I received. 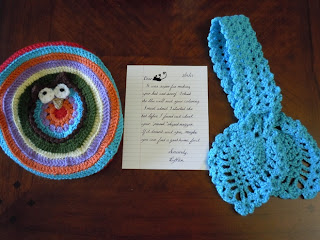 Reddit user Liz4tin sent me a beautiful handwritten note along with a fanciful owl hat and a pineapple motif scarf. How thoughtful and exciting! Sometimes the internet can be a magical place, in this case connecting me with another crochet lover. As an aspiring elementary teacher, I plan to use the hat as a "Hat of Knowledge" since owls are typically used to represent knowledge and wisdom.

It was so much fun the first time that I will definitely consider participating in the redditgifts Hat and Scarf Exchange again in the future.