When you have a meditative hobby like crochet you tend to feel pretty secure, warm, and fuzzy in your craft community. A few jerks aside, because jerks come in all flavors, the crochet community is comfortable, fun, and varied. There are those who love tradition and slave over doilies, those who love cuddly and churn out granny square blankets, those who love geeky and make character amigurumi, and everyone in between. We all bond over our shared enjoyment of the craft and our understanding and appreciation of others' crochet triumphs (ever finished an object with a foot of yarn to spare? SWEET) and tribulations (ever run out of yarn with one row left? UGH).

In such a welcoming community it is especially shocking when someone maliciously takes advantage of you and/or other community members. The crochet blogosphere recently exploded over just such a situation. A fraudulent craft website, diypatterns.com, was recently found to have stolen hundreds of crochet patterns, knitting patterns, sewing patterns, and more. They stole pictures and patterns from the designers and began selling them for their own profit. Some people are suggesting that those who purchased patterns from the phony website never even received the patterns! Most of the patterns stolen appear to have originated from Etsy. Thankfully, I do not sell on Etsy and I have not been affected. The fraud site targeted long established Etsy designers with a large number of patterns available. The website appears to be shut down at the moment, but in case it starts back up again I wanted to spread the word: Don't purchase anything from diypatterns.com! Popular craft video host Mikey has pertinent info on The Crochet Crowd Blog. There are also a few Etsy threads on the subject.

This is such a multifaceted problem with many ramifications. In fact, there are so many issues at play here that I've decided to address them in list format.

1. Negative Branding - If people thought they were purchasing a legitimate pattern by a particular designer, that designer's good name is dragged through the mud when the fraud site doesn't deliver.

2. Fraudulent Profit - It's difficult enough to break into pattern designing and make a profit without thieves stealing money that should rightfully be yours using your creative work. I can't imagine how violated the affected designers must feel.

3. Etsy Problems - This certainly isn't the first time that there have been fraud problems connected to Etsy, though in the past those issues have been related to fraudulent sellers within the Etsy community itself. However, if Etsy doesn't step up and take care of their fraud problem, things like this will continue to happen.

5. The Ease Of Piracy - Just like any other media, paid PDF patterns are easily illegally copied and sent to multiple people. In this case I urge you to remember that the person who wrote the pattern you stole isn't rich and famous like the singer you stole that mp3 from might be. Even extremely successful pattern writers make a modest middle-class income, and they are the exception to the rule. Also, with the proliferation of free patterns and tutorials on the internet there's really no need to steal paid crochet patterns. If you really love that awesome paid pattern, buy it. (As a side note, music piracy really isn't understandable either now that we have YouTube, Grooveshark, Pandora, Spotify, etc.)

6. International Copyright Issues - There are problems in many craft communities related to people in other countries buying patterns and then illegally copying and selling them online. Since those countries may have different copyright laws than the country that the pattern originated from, it can be very hard to stop them from making a profit off of others' art.

By this point you may be asking yourself, "What can I do to make sure the patterns I buy are legitimate?". Here are some easy things that everyone can do to stop crochet pattern fraud and value the hard work and creativity of the designers...

1. Buy From Safe Sources - Make sure that the Ravelry, Craftsy, and Etsy stores you buy patterns from have very clear contact information for the designer. Don't buy from a site that looks shady, has excessive advertisements, excessive spelling and grammatical errors, and/or multiple broken links.

2. If It Looks Too Good To Be True... it probably is. That pattern for a queen-sized multi-motif blanket will most likely be more than $1.

3. Check Your Social Media - Social media can be an excellent tool for designers to spread the word about their work. However, it can be a great tool for pattern stealing jerks too. Glance at the original link to make sure you recognize it. Even better, "pin" and link from the source rather than from secondary sources or an image search.

Let's all work together to give designers the credit they deserve. My heart sincerely goes out to those designers affected by pattern fraud. 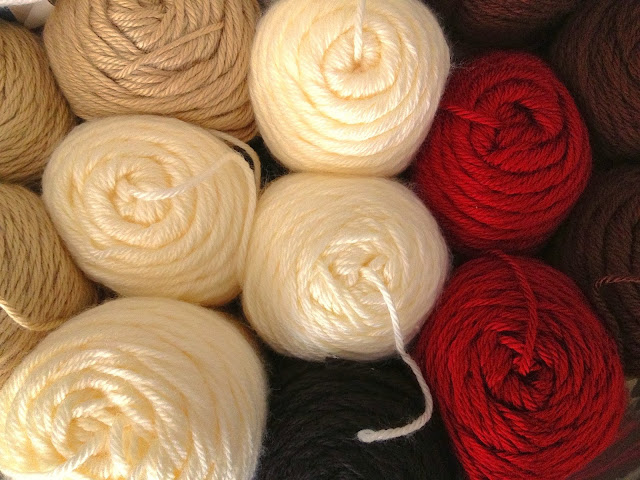 Email ThisBlogThis!Share to TwitterShare to FacebookShare to Pinterest
Labels: public