One of my major goals for this year or next is to become officially published. I love self-publishing because it allows me to control many details about how my patterns are presented, like being able to provide many pictures of the process and work in a few silly quips if I want to. However, I would also like to experience the thrill and pride of being published in an official capacity. I also think it will help make me a better crocheter. I look up to designers who are featured in many publications as inspiration and motivation to submit patterns for consideration (and hopefully a few books!).

With a variety of gorgeous patterns featured in many publications, Tammy Hildebrand is certainly a designer to look up to. She's also the current Vice President of the Crochet Guild of America, which I have recently joined. Wow! I'm so pleased to have her with us today to share her insights and projects. It feels great and is humbling when respected, established designers come visit us here on Illuminate Crochet. Let's take a look at some of the results of hard work and creative genius. Take it away, Tammy! 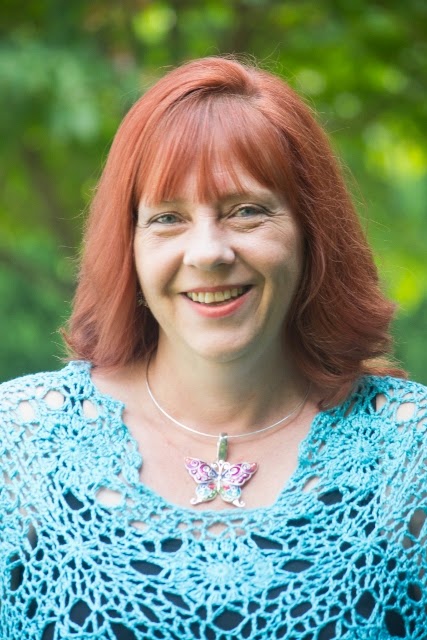 Who taught you to crochet? How long have you been doing it?
I learned to crochet from my second grade teacher, Mrs. Crooks. She offered to teach any of the students after school but I was the only one who took her up on her offer. I remember sitting at her big wooden desk working on a floppy, purple hat which I still have! We are now friends on Facebook and I sent her a copy of my new book!

Why do you crochet?
Umm...this is a question that I gave a lot of thought to but it is pretty much like asking someone "Why do you breathe?" Enough said!

What is something my readers probably don't know about you?
My whole life growing up I wanted to be a truck driver. When I was 24, I went to truck driving school and got my license the first try! I never ended up driving for a living and instead married a truck driver! Years later we opened our own brick laying company so back to school I went to learn to lay brick! For 15 years I laid brick and ran a crew during the day, designed and crocheted in the evenings!

What are you working on right now?
I am just finishing up an afghan for Red Heart done in beautiful Fall colors, worked in strips. Afghans are my favorite project so I am really enjoying this.

A few finished objects...
Waiting for Willow is one of my favorite designs from my new book, Crochet Wraps Every Which Way. Not only is it my favorite type of design - lacy motifs assembled with a join-as-you-go technique, but I designed and stitched it while we were waiting for my granddaughter, Willow to be born. 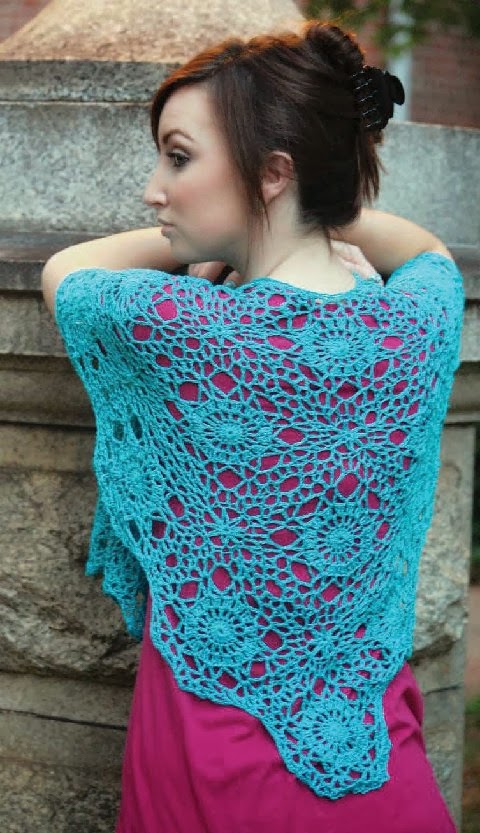 Babies grow so quickly! Here is Willow modeling a cheerleader dress for my upcoming book, Crochet For Baby All Year which will be released June 2014. The new book features a seasonal design for each month with both a little boy version and a little girl version. 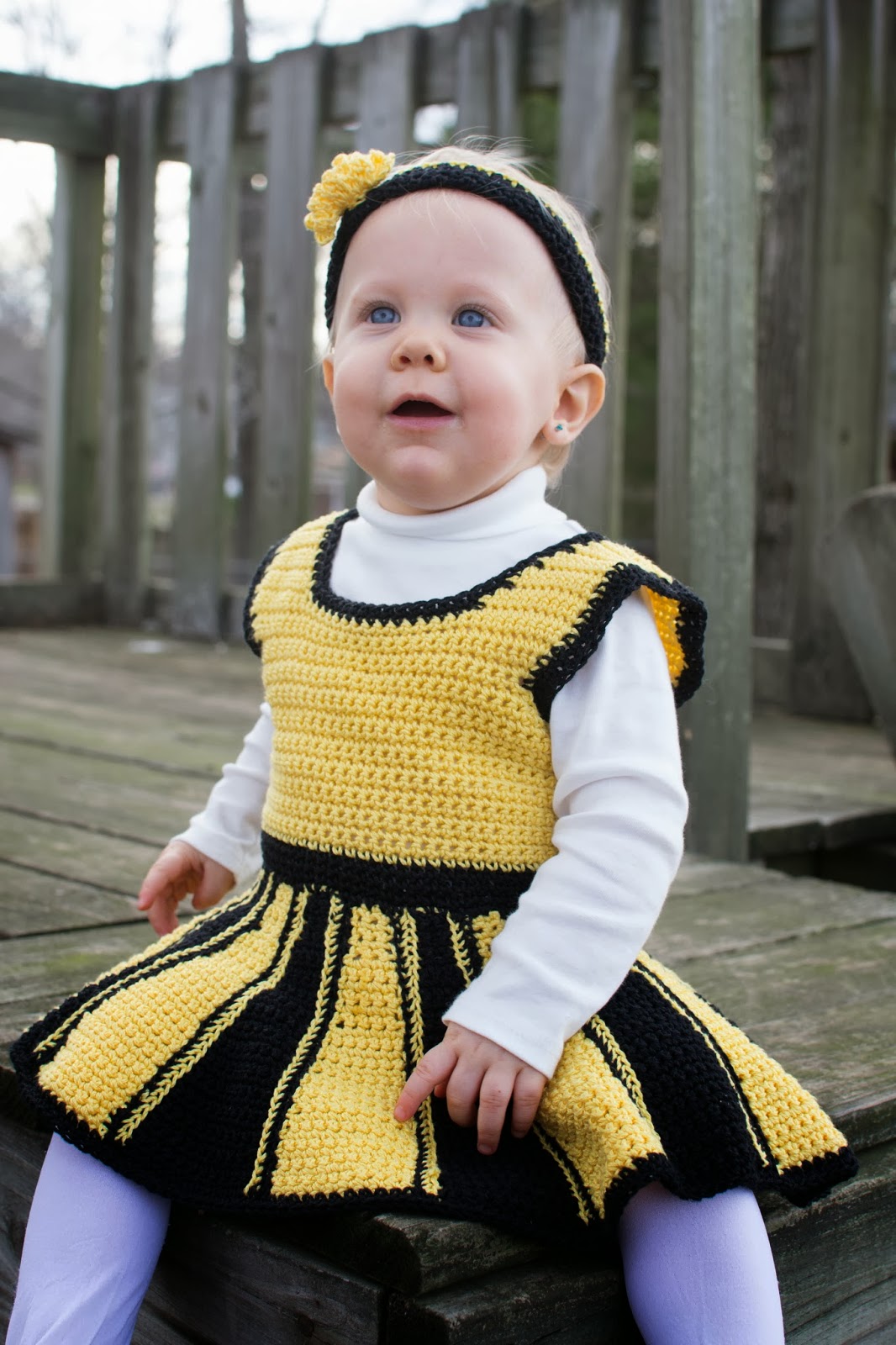 The Bloomsbury Top was a design I entered in the 2012 Crochet Guild of America design competition. It won first place in the fashion category and later ended up on the cover of Interweave Crochet, Spring 2013! That was so exciting! The pattern is available here. 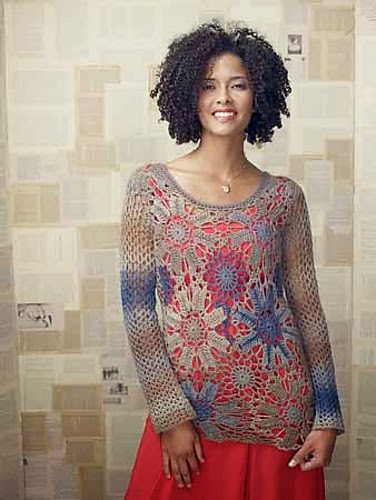 Such beautiful work that only scratches the surface of Tammy's catalog. I was initially drawn in by her Love This Cardi and have also fallen in love with her Raspberry Lace Top. You can see more of her on Ravelry and Facebook. Thank you so much for joining us today, Tammy!
Posted by Sara at 8:52 AM