Last weekend I went to Geek Girl Con for the first time with my best friend, Alex. I'd like to take a moment to let long-time readers know that Alex and I divorced this year over some private issues. However, we are still best friends (how could we not be after being together since we were teenagers?!), spend time together often, and share Ranna.

So, the con! This was the first convention of any kind that I have been to and it was super fun! There were so many people of all genders and ages dressed up and geeked out that it made my little heart explode with happiness. I wore my apropos Strong Female Protagonist shirt for the occasion. 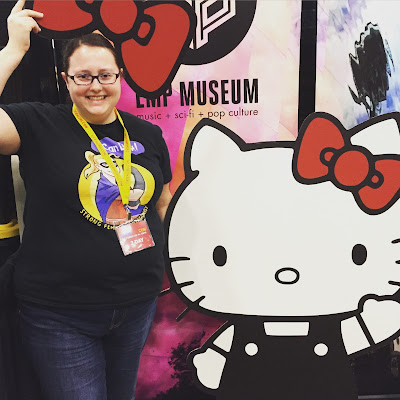 Guess what I saw a bunch of while I was there? Crochet! It was sometimes hard to catch up to people in the crowd, but I managed to snap a few crochet pics to share with you. 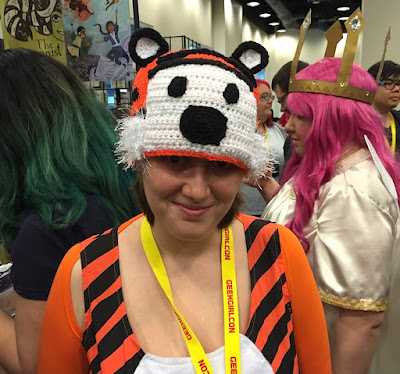 This girl had an adorable Hobbes outfit on, complete with a hat that she free-handed to go with her costume.

The folks over at Careful It Bites had a bunch of adorable "Cat Loaf" toys... 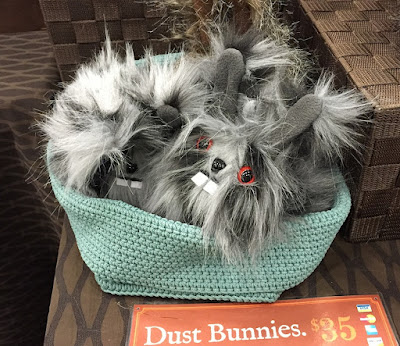 ...along with some "Dust Bunnies" lounging in a crochet basket. 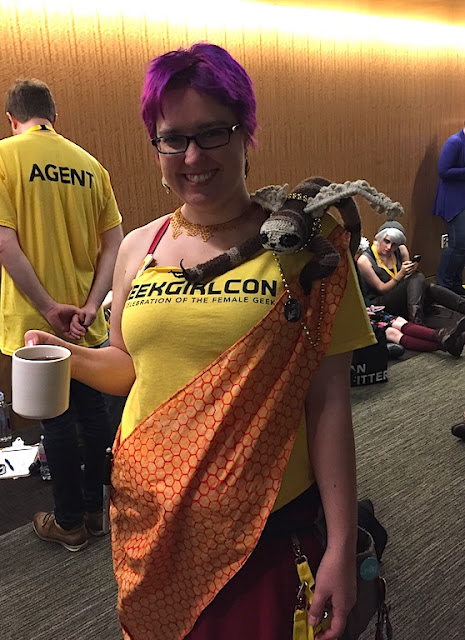 Colette Taylor was helping out at the event, dressed as an airbender. She had her trusty, original flying sloth along for a shoulder ride. 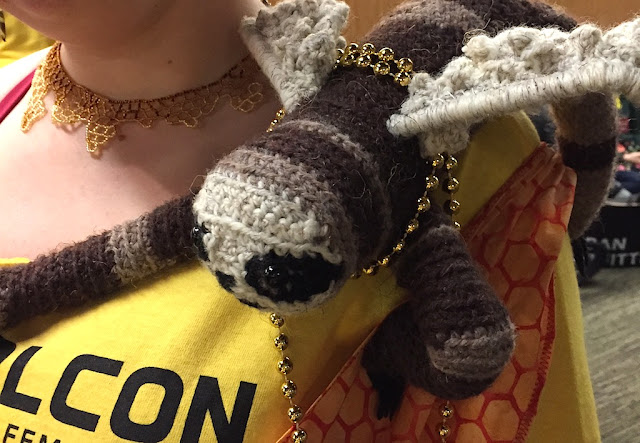 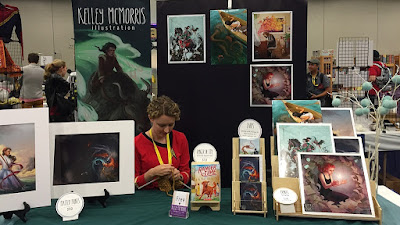 In addition to crochet, I also spotted some knitting. Here is Kelley McMorris knitting behind her booth of amazing original artwork. 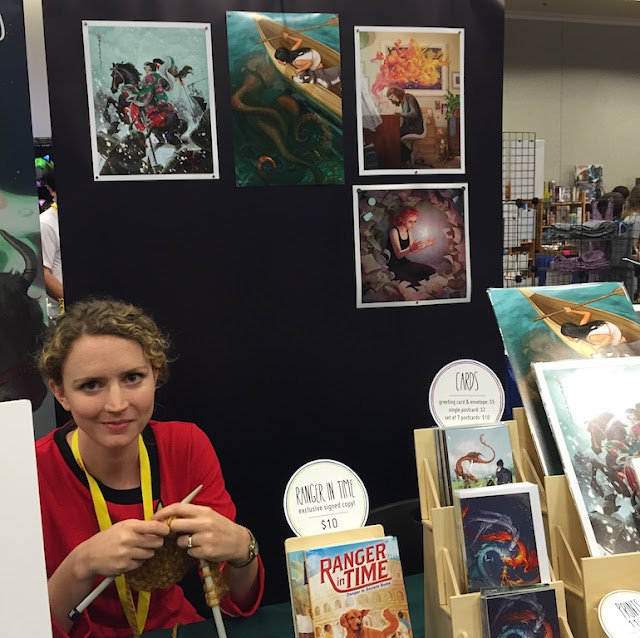 I had a great time at the convention. Thanks for taking me, Alex! It was also nice to spend some time relaxing at Alex's apartment afterwards. He's got a great view! 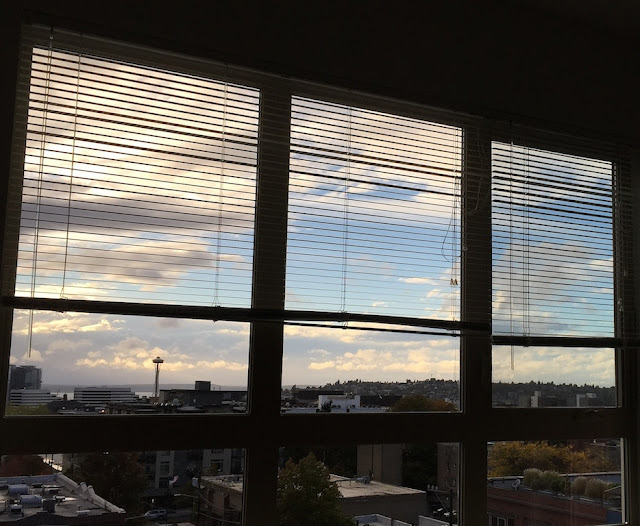 Posted by Illuminate Crochet at 4:22 PM