I just can't seem to keep myself from crocheting, even when I'm knitting! After my major deadline was met (Yay!), I spent some time relaxing with projects that I hadn't worked on in a while. This keyhole scarf is knitted with one humble skein of Knit Picks Reverie and loosely based on this pattern, though I deviated from it. I didn't include the selvage, or garter stitch that surrounds stockinette to keep it from curling, and instead worked two rounds of single crochet around the outside. Included in the second round was a shell stitch border on each end. Finally, I reinforced the keyhole with some crochet as well. See what I mean? It seems I just have to crochet everything, even my knitting!

I am happy to be learning new things. This time I learned to cast off and on in the middle of a row. What have you learned lately? 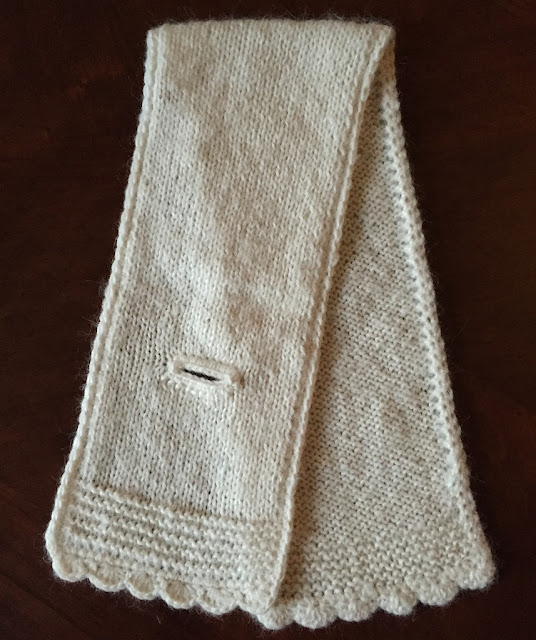 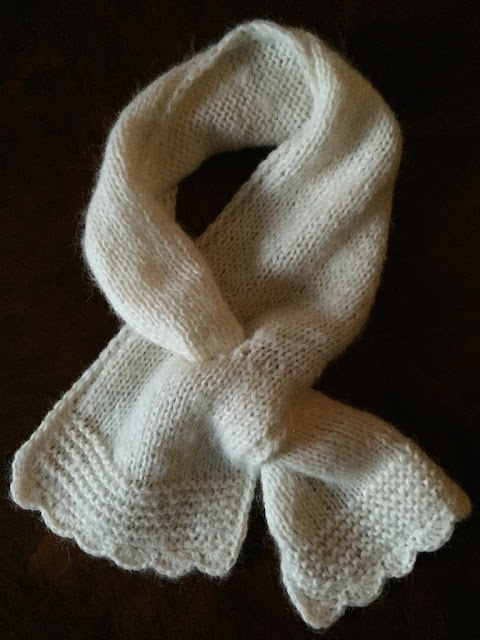 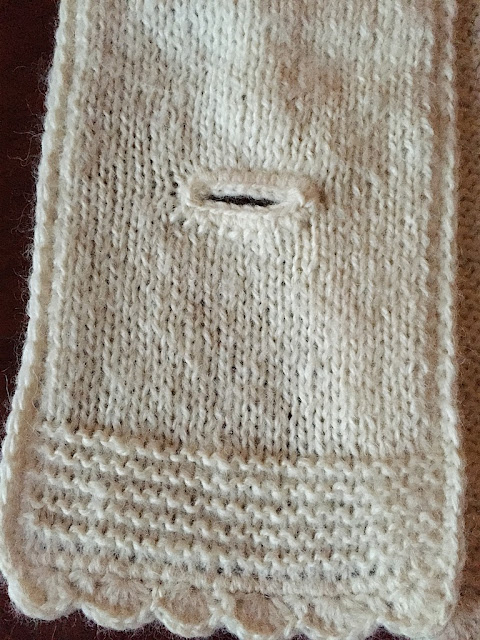 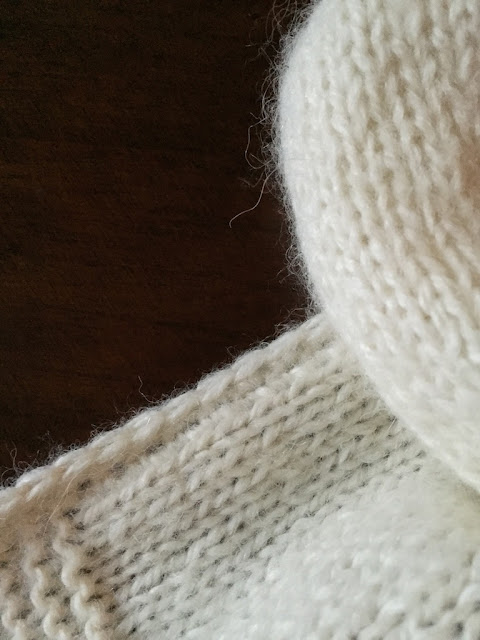 Posted by Illuminate Crochet at 9:01 AM