It's been a while since I've published a pattern, hasn't it? The ginormous pattern that I've been working on for a million years (and have finally finished!) can't be revealed until after Christmas. In the meantime, I have just published a brand new cowl pattern. Cowls and other chunky neck wear seem to be on everyone's hooks this season and I wanted to get in on the fun! I have a very dear friend of about 14 years (that's over half our lives!) named Brianne who just adores winter scarves, sweaters, and other cozy items, so I named this pattern after her: the Bri Leigh Infinity Cowl. It's made with bulky weight yarn so it has some sass and the lacy stitches add a feminine touch. Here it is modeled by my obliging friend Katie. 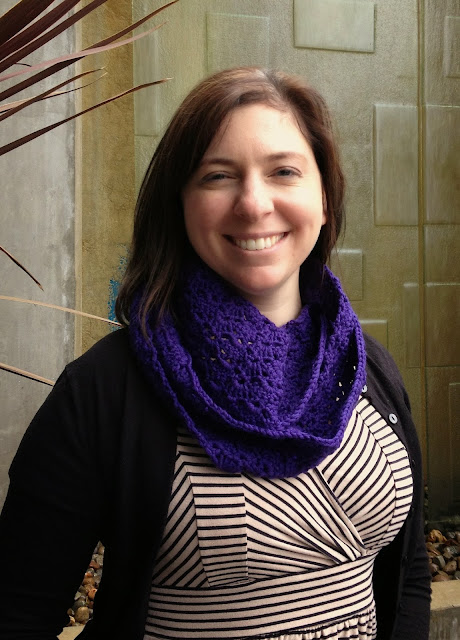 There are two versions of the cowl included in the pattern, the longer and thinner version that is seen above and meant to be worn wrapped twice, and the shorter and thicker version that is wrapped once and has a twist. Here's the second version. 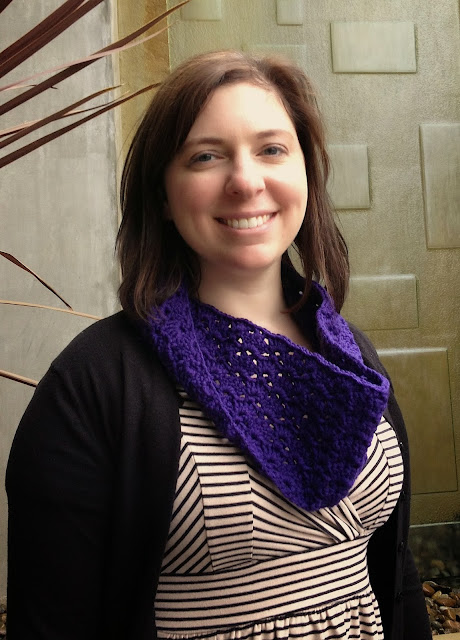 I had a lot of fun writing this pattern because the stitch I chose, shells and v's, is really enjoyable. Plus, it was about time that I publish a pattern in honor of Brianne. She is a loyal friend whose charisma is unparalleled. Fitting that this pattern is bold! 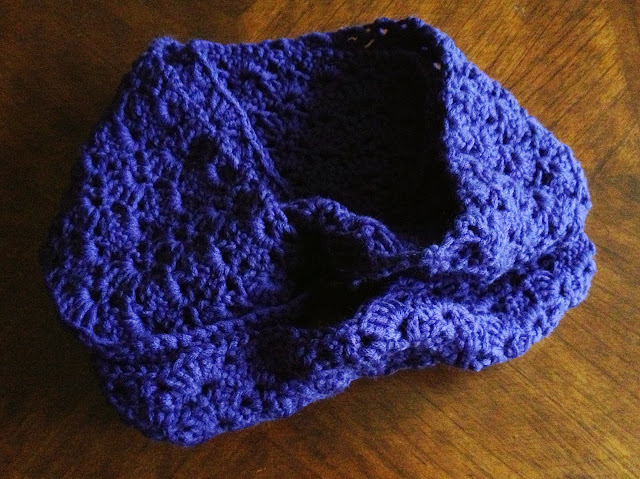 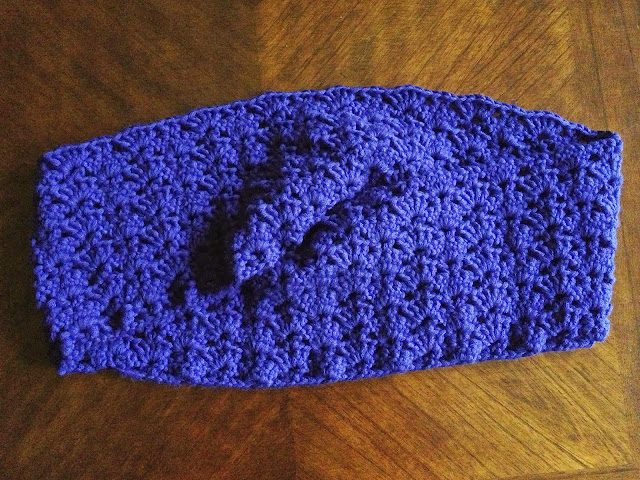 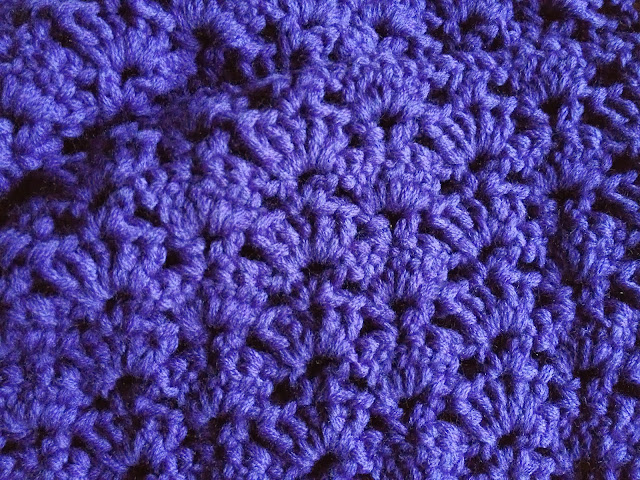 The Bri Leigh Infinity Cowl pattern is available on both Ravelry and Craftsy.
Posted by Sara at 7:24 AM