Although we moved around a lot when I was a child, for the most part I grew up in Boise, Idaho. Boise holds a special place in my heart. From the fish hatchery, the greenbelt, and Camel's Back Park to Goody's, Flying Pie Pizza, and Dragonfly, there's certainly a lot to love. That said, it's rather dry. The summers are hot and while there's a decent amount of snow in the winter... it doesn't rain a whole lot. In fact, it rains so infrequently in Boise that the summer thunderstorms became really special and exciting, leading my friends and I to run around outside in the rain for fun. Being a moody, romantic, and starry-eyed sort of teen, I became obsessed with rain. I dreamed of going to college in Oregon or Washington where it rained all of the time.

I followed that dream. I obtained both my Bachelor's and Master's degrees at Willamette University in Salem, Oregon. Boy, did it rain! The rain made everything green and alive. Willamette University is nestled in Oregon's Willamette Valley along the Willamette River. Not enough "Willamette" for you? When I finally moved to Eugene, Oregon to join Alex as he finished his Master's...the very first street we lived on together was Willamette Street! And now, dear friends, Willamette has found me again in the form of Jenn Wolfe Kaiser. She's today's featured designer and she hails from glorious Portland, Oregon (where the dream of the 90's is alive *wink*). Her designs are right at home here in the PNW and make me nostalgic for Oregon. I found her through her Over the Willamette Shawl, seen modeled by her below. Read on to learn more about her and her designs. 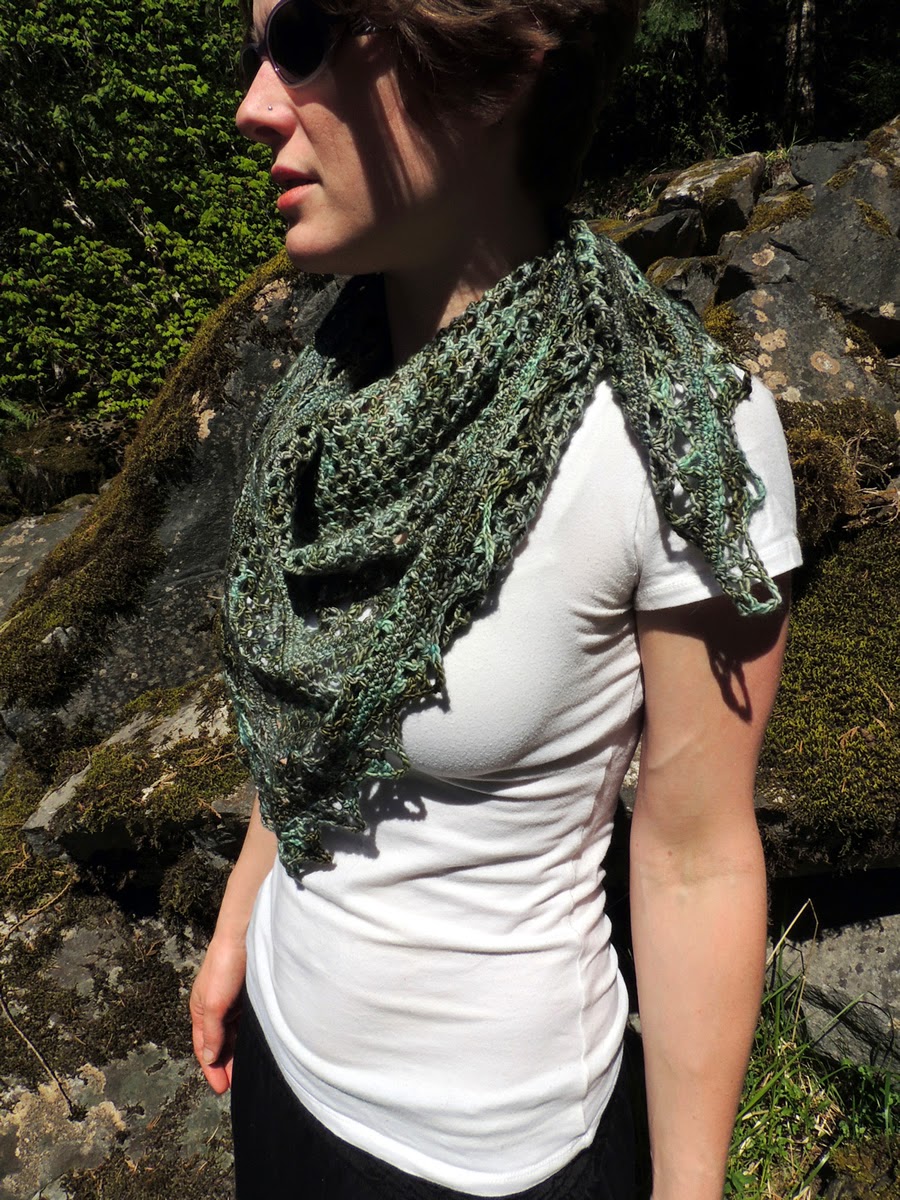 Who taught you to crochet? How long have you been doing it?
I grew up loving macrame and cross stitching. It wasn’t until my freshman year of college, 13 years ago, that I was introduced to crochet. My friend had one of his friends from back home come and visit, and we didn’t believe him when he said he’d made his hat. We had to get him to demonstrate for us. He taught us how to single crochet in the round, the only stitch he knew, and to just add stitches randomly here and there to make the piece larger. I’ve been self-taught (and come a long way) since then!

Why do you crochet?
I’ve loved to create things for as long as I can remember: drawing, stitching, writing poetry. Since I learned to crochet, I feel like I haven’t been able to put my hook down. I don’t like to have idle hands, and crocheting is a rewarding way to keep busy. It’s so satisfying to see your efforts take shape into something beautiful and functional. It has also been a great tool for relieving stress: the repetitive activity of yarn crafting is calming. Just a few minutes working on a project can be a great mid-day reset or end-of-day wind down.

Crochet Favorites
The thing that changed my crafting life the most was Ravelry. Before I knew there was a whole community out there with the same interests as me and a seemingly endless library of creativity, I dabbled in simple stitches and never followed a pattern. The site changed everything for me, most notably in two ways: it gave me an outlet to develop my own designs, and opened my eyes to the appeal of spinning my own yarn. I love the vibrant colors of Madelinetosh, Malabrigo, and Noro, some of my favorite yarns to work with, but I tend to feel the most satisfaction while using the yarns I’ve spun myself.

What are you working on right now?
I’m pretty excited about the two new shawl designs I have close to completion. The first, asymmetrical, takes the shape of a mythical creature’s wing, using stitches of different heights to manipulate the shape. The second, a triangular shawl, uses post stitches and an unconventional construction method to imitate a wood parquet floor pattern. In between these, I’m also working on a blanket for a close friend who’s having a baby boy in July.

A few finished objects...
I like to have volunteer Ravelry users test patterns for me before their release. The Bistro Beanie a slouchy hat currently in testing, to be released next week. 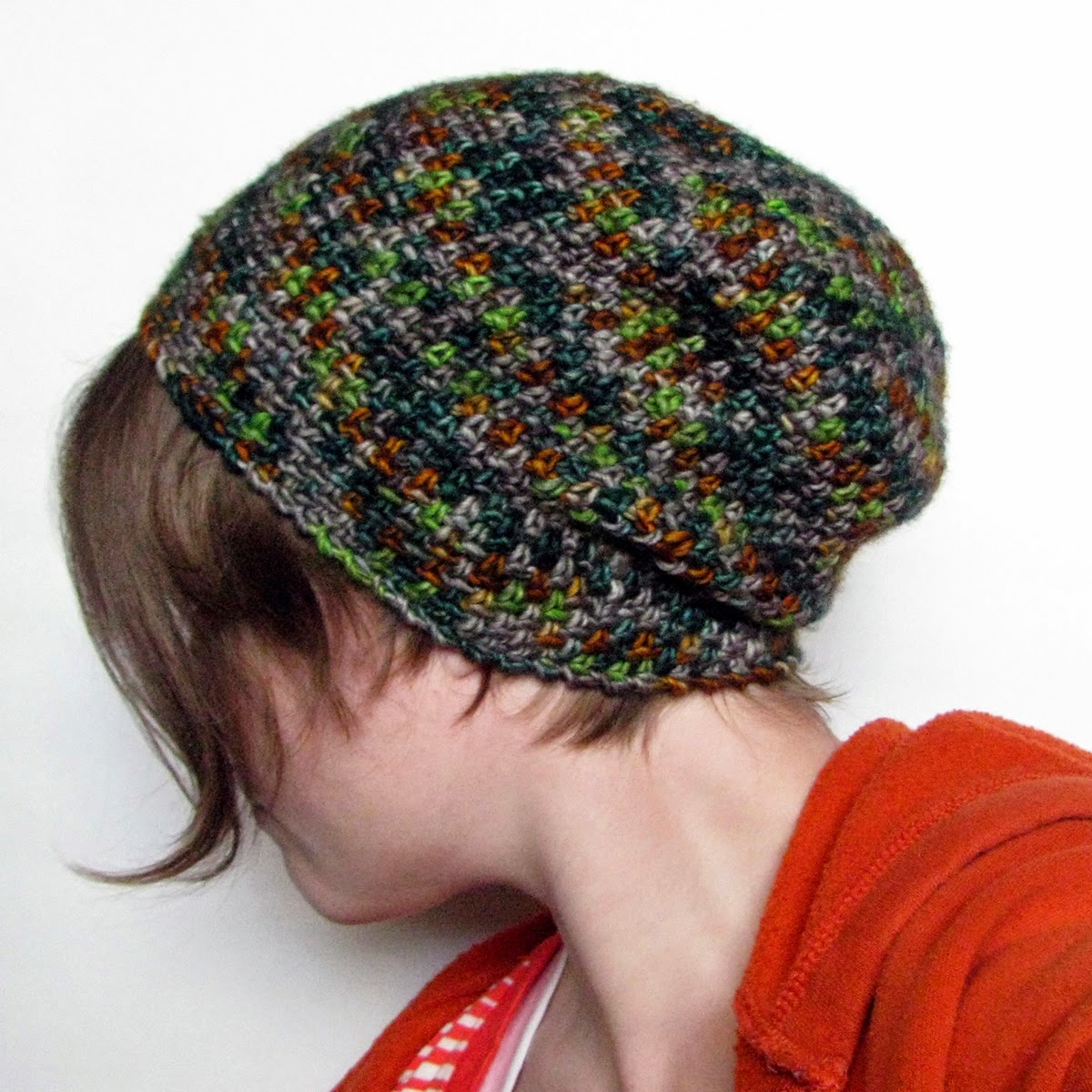 I also volunteer for other designers’ tests. Otis the Bat was a test project for Kate E. Hancock (aka Patchwork Moose). Her amigurumi designs are so fun and clever. 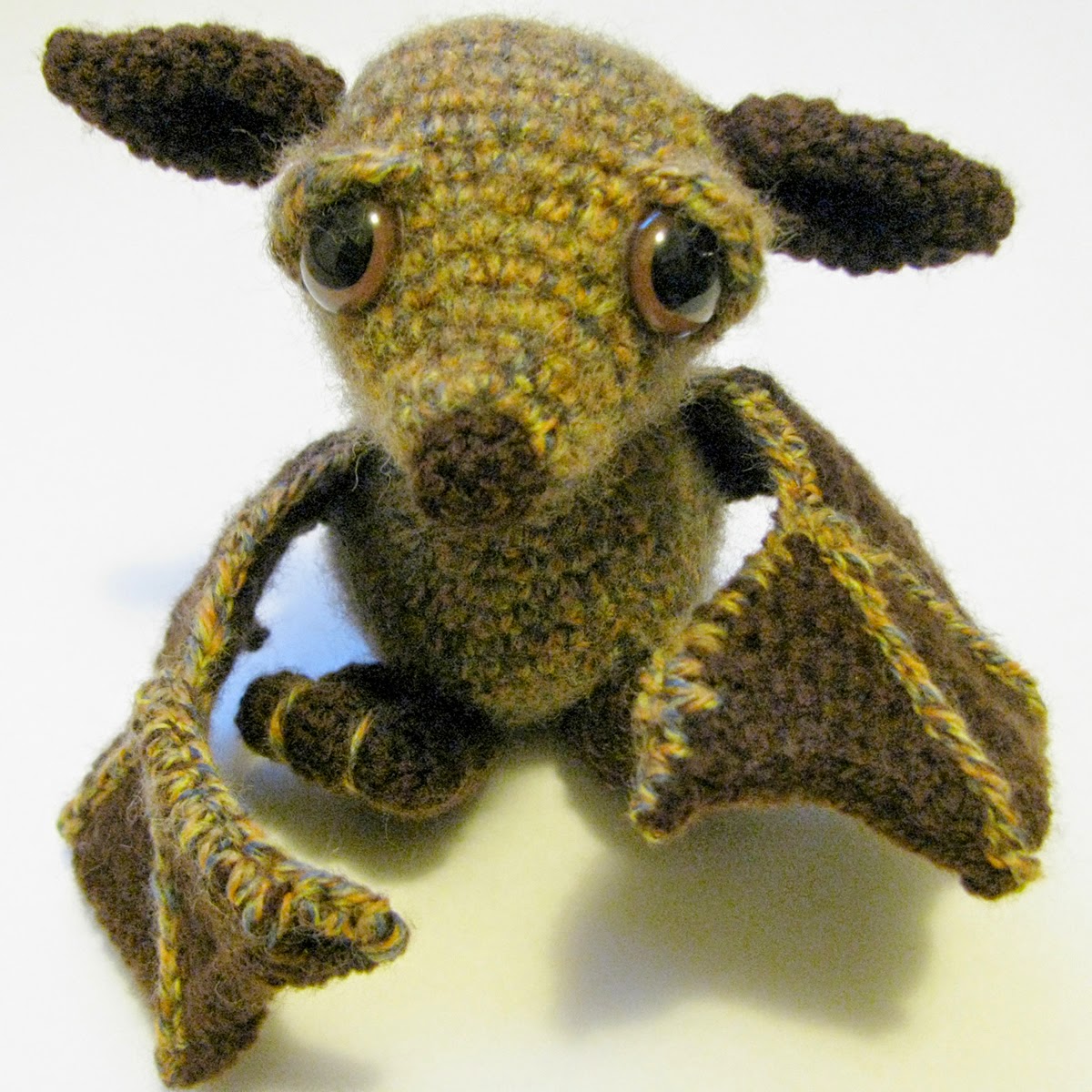 Life, the Universe, and Everything is a crochet version of the popular Hitchhiker knit shawl. I did this one in my handspun yarn. 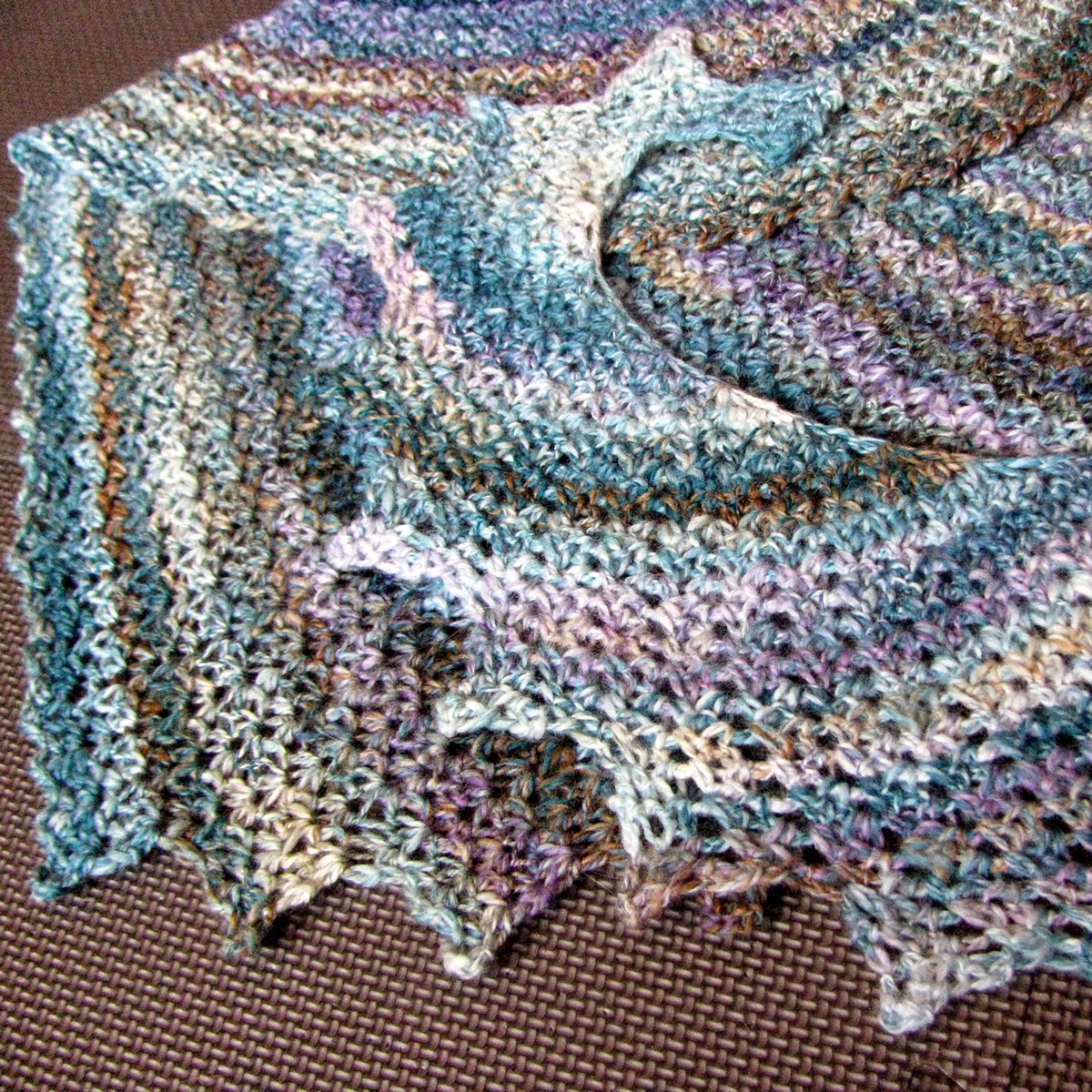 Wow, I just love Jenn's shawls. I can't wait to see how the two in-progress shawl patterns turn out! You can connect with her on her website, Ravelry, Etsy, and Pinterest. Thank you so much for visiting with us today, Jenn! Oh, and say hi to the Willamette River for me ;)
Posted by Sara at 7:46 AM