Before I begin I'd like to remind everyone that I am not a lawyer. The following information is provided to the best of my knowledge and contains opinions.

This post is rather long. However, I think it is important to cover this topic in-depth. The first part covers definitions of the terms involved and the second part includes my suggestions for avoiding illegal patterns.

Copyrights give the author ownership of original photos, text, and more. In a pattern this would cover my instructions, photo tutorials, finished item photos... basically anything that is unique to my pattern. Copyright is automatically granted to the creator of a work. Have you ever written an essay for school? That essay belongs to you under copyright law and anyone who published it without your permission would be breaking the law. To be super safe I add a date to my patterns and attach my name to them, along with the copyright symbol. Did you know that people have violated my copyright? I have had to defend my paid patterns from meanies who try to distribute them online for free or for incentives like website points. I have even had to fight someone on Ebay who was selling one of my free patterns!

Trademarks are words, symbols, and names that are owned by a company to promote themselves. Trademarks are something you have to apply for. A good example of this in the crochet world would be a brand logo like the Lion Brand seal. Team names and logos are covered under this, so any patterns you find online that don't have special permission to use those logos are using them illegally.

Licensed Characters are unique characters owned by the company or individual who created them. According to copyright law, the company owns the character. That company may then choose to license, or officially allow, others to use their characters with permission (perhaps after paying a fee). You have to apply for a license to use someone else's character in your work, including crochet patterns. Examples of popular licensed characters are minions, Disney princesses, Groot from Guardians of the Galaxy, or characters from Inside Out. It is illegal to distribute unlicensed (made without permission) patterns and objects based on licensed characters. This is the most frequent type of violation that I have seen.

I know it's not very fun to think about these things. Popular characters are popular for a reason... we love them! Also, it's hard to imagine that some well-known crochet designers are profiting illegally by distributing unlicensed patterns. Besides, no one will get caught anyway, right? However, it's not okay to break the law just because you really like something or you don't think you'll get caught. What is a designer or crafter to do? Here are some suggestions for scratching that popular-character-itch while still keeping things legal and ethical. 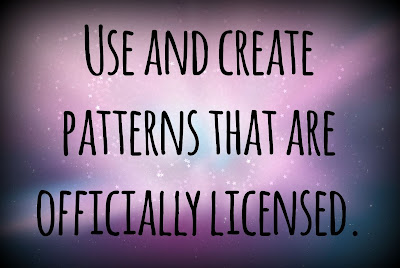 There are companies and designers out there who know that you love popular characters. They love them as much as you do! That's why they have gone out of their way to do things legally and have obtained permission to provide you with licensed patterns. Stacey Trock of FreshStitches put in the work and got official permission to distribute this pattern of Mike the Monster from Monsters University. 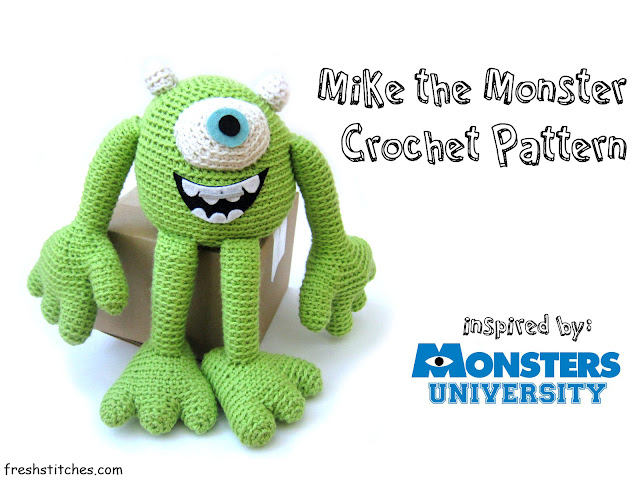 She also has a few excellent blog posts on the topics I am discussing today. Designers can do what Stacey did and go through the proper channels to create character patterns. Crafters can choose ethical character and logo patterns like Stacey's, these Disney princess patterns, or these Care Bears patterns. Not sure if a pattern is legally created or not? If it's sourced from a major company like Lion Brand or Leisure Arts you are probably safe. If the pattern is made by an independent designer, the designer will likely mention somewhere in the pattern or blog post that they have obtained permission. If not, you may want to ask them. 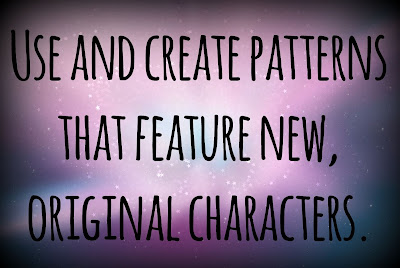 Many designers have used their creative talents to invent totally new characters for us to love and be excited to make. Sonja of Sons Popkes has created a whole series of sweet little animal friends. She's an illustrator, too! Below you can find Bodo the Red Panda, Flam the Fox, Trin the Mouse, and Basil the Otter. 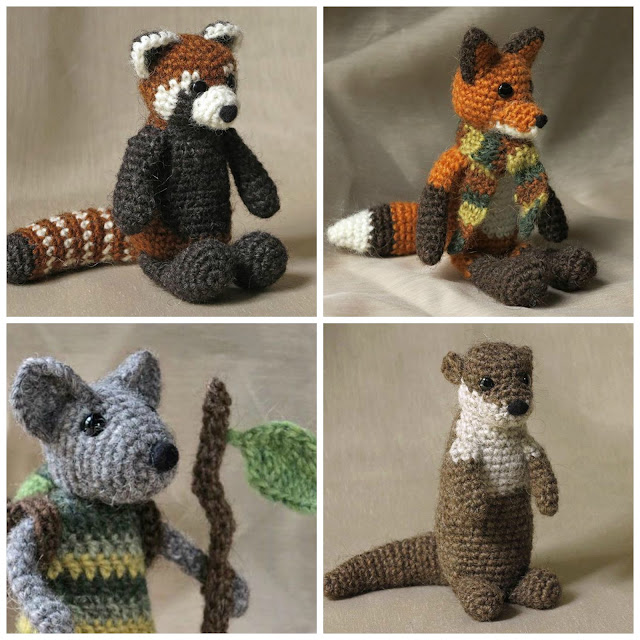 Lydia of Lalylala has created some precious crochet characters that many of the members of my favorite crochet communities just adore. Below are Dirk the Dragon, Mici the Mermaid, Kira the Kangaroo, and Lupo the Lamb. 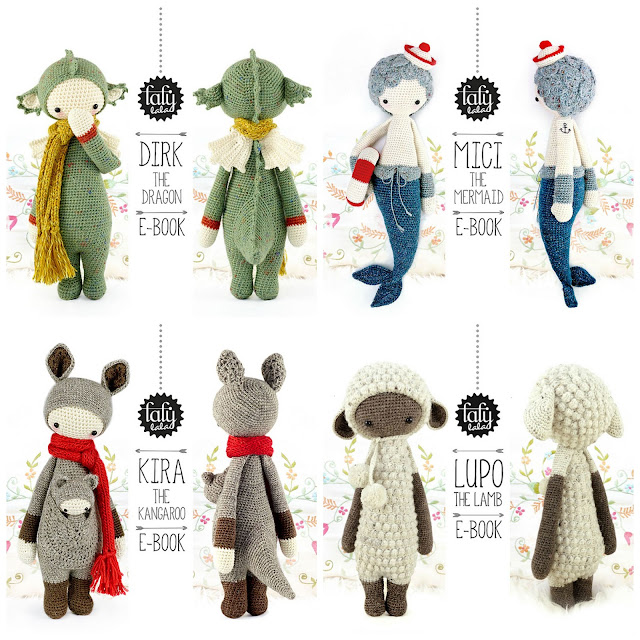 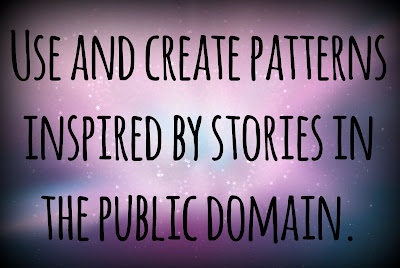 When legal protection for a creative work has expired the work enters the public domain. Also in the public domain are folk characters and stories with no clear origin. These works are often classic stories like Cinderella or The Tortoise and the Hare. You can create your own versions of characters in the public domain. For example, creating a pattern for a Cinderella costume that looks just like Disney's blue one? Illegal. Creating a pattern for a Cinderella costume that looks how you personally think Cinderella's would look, maybe white and green? Totally fine. I created my Secret Garden Baby Blanket Pattern based on the classic story that was published in 1910 and is now in the public domain. I created my own interpretation of the robin leading Mary to the garden key without copying images or characters from anyone else's version of The Secret Garden. 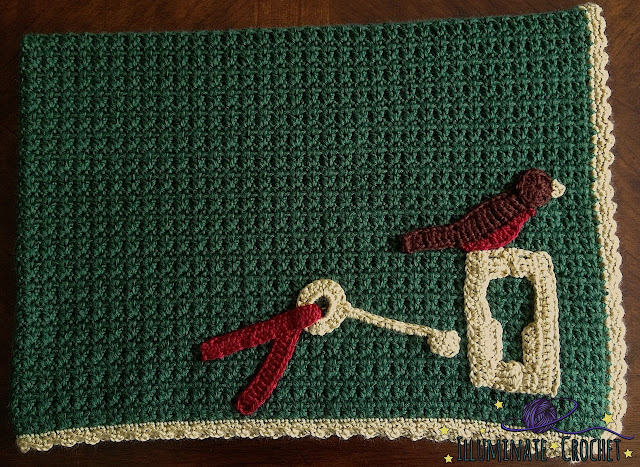 The Poison Apple Scarflette below by Jen of The Fabled Needle is another good example of drawing inspiration from a story in the public domain, in that case Snow White. If you're going to use a story from the public domain, be sure to research it carefully to be certain that it is available. 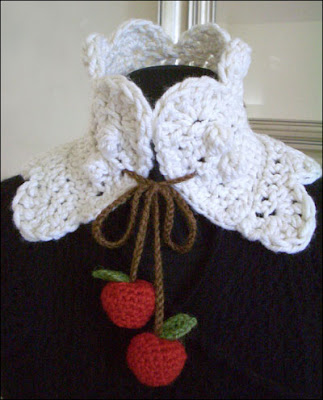 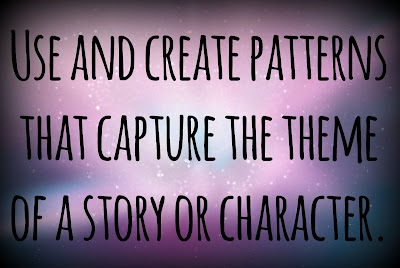 This should only be attempted with the utmost care, caution, and honesty. You can borrow ideas or impressions of something and be inspired by it without violating copyright. No, I don't mean making a hat pattern that looks exactly like Mickey Mouse and then saying your pattern is "inspired" by Mickey Mouse. Folks who do that aren't fooling anyone. It's obvious their item is a knock-off of the original, not merely inspired by it.

True inspiration leads to original items and designs. For example, say you really love Elsa from Disney's Frozen. You cannot create a pattern for Elsa, Elsa's iconic hairstyle, or Elsa's dress without the proper permission. That's just the way it is. So what can you do? Well, think about what makes you love Elsa. Maybe it's the light blue color she wears as well as her determination. Why not design or craft a pair of sparkly blue fingerless gloves? Capture her strength and wintery appeal without violating anyone's original content. Keep in mind you'd be ill-advised to name your gloves "Elsa Gloves". Name them something original like "Snow Flurry Gloves". Do you adore Disney's version of Beauty and the Beast? Well, you can't make a pattern for Belle's likeness or dress. You can create a pattern for a yellow bookmark with a rose on it because the yellow reminds you of her dress, the rose reminds you of the enchanted rose, and Belle loves to read. Do you see how being inspired by something and simply copying it are two different things? Maja Masar of Maki Crochet was inspired by Nickelodeon's Avatar: The Last Airbender. She designed a pattern that includes the elements that are featured on the show (earth, water, fire, and air) but contains absolutely no symbols or characters that belong to Nickelodeon. 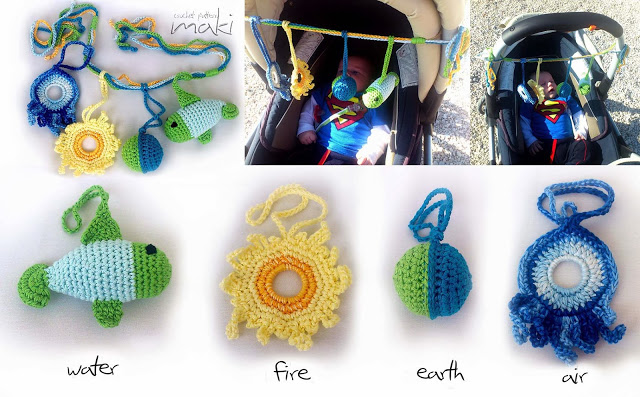 Even though I've never written a pattern that violated copyright laws, I have personally taken accountability by reviewing all of my crochet-related social media and removing anything that I found questionable. Also, in keeping with today's discussion, I want to let you know that all of the pictures above are used with permission :)