Lucy of Attic24 is preparing for an event called Yarndale in the UK. One Yarndale item that she is working on is her bunting project. After seeing a pretty knit bunting at another craft show she decided she wanted to have her own crochet bunting up this September. As you can imagine, creating all of that bunting is a lot of work! Thus she put out a call to arms to enlist the crocheters of the world in helping her make bunting triangles. I was happy to oblige.

The pattern for the bunting is here if you want to get involved and ship some triangles out to the UK. Hurry, because they are due at the end of August. I'll be sending mine out this week. 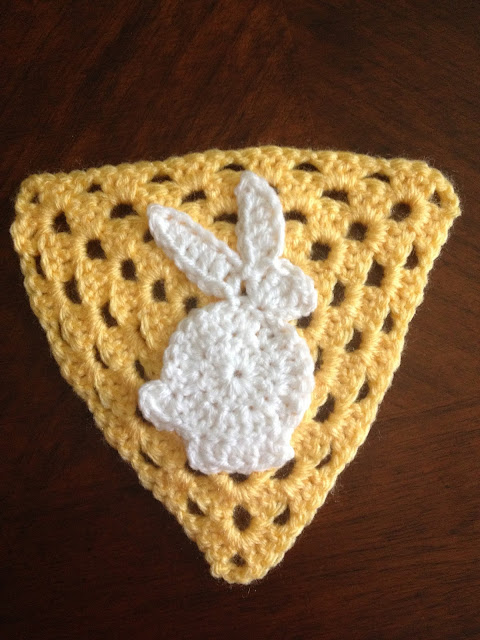 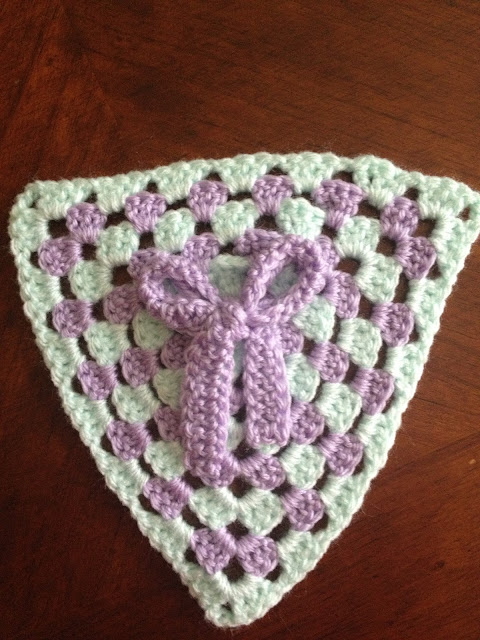 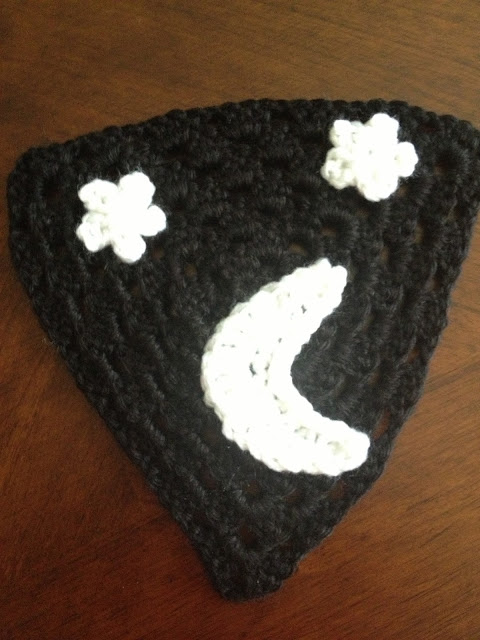 I whipped up the bow, stars, and moon on the spot, but the pattern for the little rabbit applique is here. I love connecting with other bloggers and crocheters!
Posted by Sara at 8:50 AM