I am a nerd. What's a nerd? The definition varies. To me, a nerd is someone who knows a lot about something and is invested in it. Being a nerd can mean using your brain, building your skills, and getting excited about things. A few (believe me...there are loads) of the things I'm nerdy about are space, the ocean, fantasy/sci-fi novels, Minecraft, Avatar: The Last Airbender, and crochet. That last one should be pretty obvious by now. I suppose there was a time when "nerd" was used as a pejorative, but happily I have never had it used that way towards me. "Nerd" seems to be more of a point of pride nowadays, which is awesome. It's wonderful that more and more folks feel like they can share their interests with others without as much fear of judgment.

Ye, all my fellow nerds rejoice! For I have found a crochet designer of great consequence. Lara Mouttham of Level Up Nerd Apparel is on a quest to fill the world with delightfully nerdy crochet patterns. Her patterns span many fandoms and her selection is still growing. I squeed when I saw her A:TLA stuff and got even more excited once I realized how completely creative and attentive to details she is. Let your freak flag fly with me today as we learn more about Lara and her designs. 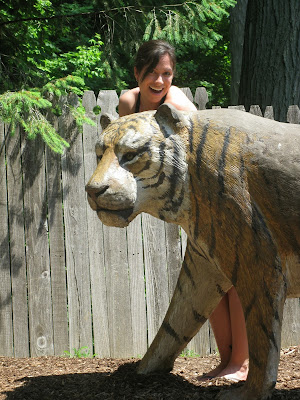 Who taught you to crochet? How long have you been doing it?
I taught myself how to crochet about 4 years ago, from a book. I had decided to take up crocheting because I found it increasingly difficult to just sit and watch TV without doing something with my hands (it was too boring). So I figured I would pick up a hobby that would occupy my hands with minimum thinking involved, and when it came to choosing between crocheting and knitting, I figured crocheting would be easier because it only requires one hook instead of two needles - you can't argue with that kind of logic, right?

Why do you crochet?
Now I crochet because it is a relaxing and productive way to enjoy my downtime. It also allows me to be creative in a way I have never been before. I've always had an artistic side, and while I could always copy or reproduce something quite well (a drawing, dance choreography, etc), I could never create something from scratch. Designing my own patterns has been the first time I've created a project straight from my imagination without relying on a guide of some sort. It's extremely liberating - and makes me feel less like a creativity-deficient human being.

Just over a year ago, I made a Viking hat for my boyfriend. When one of our friends suggested I start selling them, I thought it was pure madness... Me? Charging people money for my hats? Who would be crazy enough to GIVE me money for them?? Well, it turns out many people are! Starting my crochet business has been a wonderful learning experience, with many ups and a few downs (taxes.... amiright?), the best of which is that I now have a valid excuse to blend two of my favorite things: crocheting and being a nerd. I can justify watching nerdy shows as research, and my equally geeky boyfriend gets first dibs and input on my new creations, making us one big happy nerdy household.

Crochet Favorites
My hooks are the Boyes set that came with the teach yourself crochet book. They've served me faithfully all these years, so I've never really looked into getting other ones! However, I might upgrade to fancy ergonomic ones for my trusty "I" hook, before I give myself carpal tunnel.

As for yarn, I use the Caron Simply Soft line for my products, because they are so soft with beautiful colors, and you can't do much better as far as pricing goes. I do want to explore wool-cotton blends for my personal projects, because that's what grownups with bigger budgets do.

What are you working on right now?
Everything! I'm one of those who gets amazing ideas when I don't have a pen, then forget about them until later when I have no time to work on it.

Right now is the busy-busy season for hats and accessories, what with it being winter and stuff, so I don't have much time to actively work on any new designs. But a few that I have cogitating in the back of my mind include Jake and Finn hats from Adventure Time, Sailor Moon wrist warmers with little bows, ewok hooded cowls to round up my Star Wars line, a Spock beanie from Star Trek, a dinosaur hooded cowl, and a Thor helmet (mostly because I hope Chris Hemsworth will want one).

A few finished objects...
The Aang wrist warmers are a tribute to Avatar: The Last Airbender, one of my all-time favorite shows. It has allowed me to explore color change and come up with a new (albeit confusing) method of changing yarn to allow for neat, straight, seamless lines. 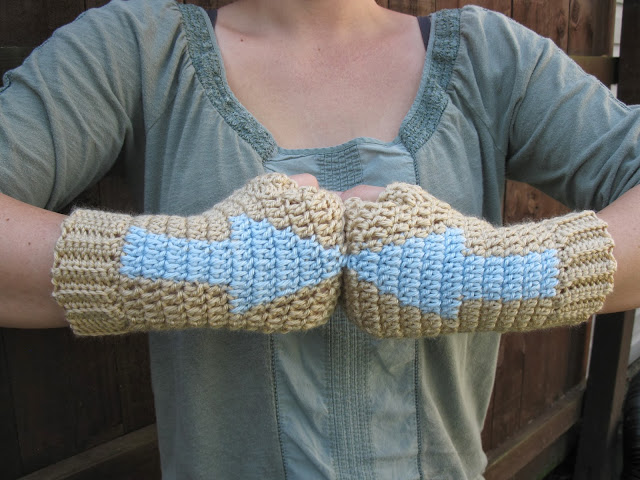 The Link hat, from the Legend of Zelda, is by far my best-seller. I had no idea it would be this popular when I first created it, but Zelda fans everywhere love the simplicity and warmth of this hat. 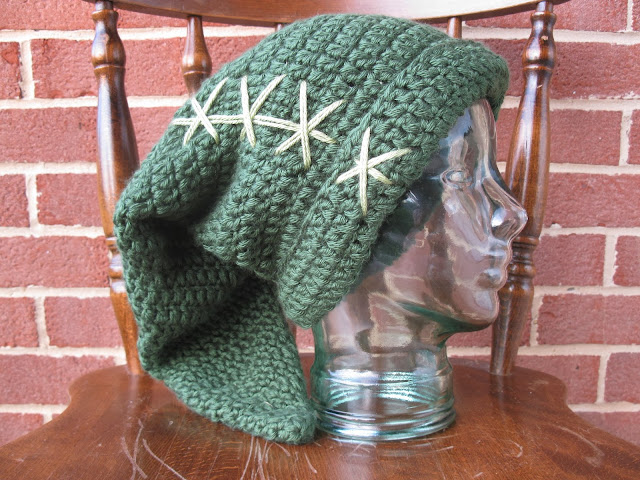 The R2D2 hat is just adorable, in my opinion. It was a lot of fun (and challenging) figuring out the color pattern to be as faithful to the original droid while working within the stitch count required for the size and shape. It's also the hat I wear the most during the winter time, although I try not to play favorites too much. 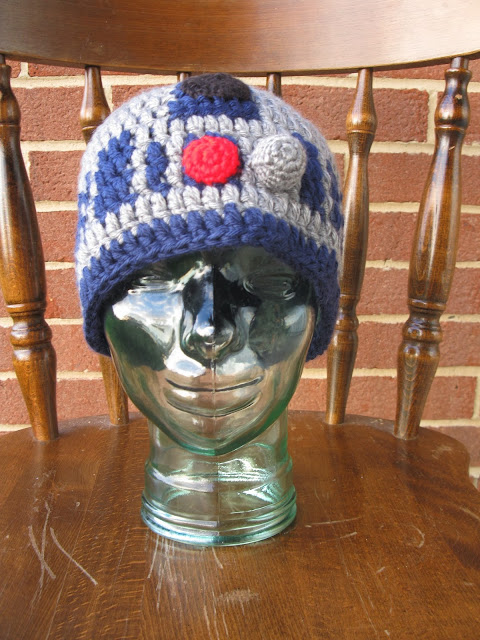 How cool is all of this nerd swag? I totally adore Lara's patterns. They can be found on Ravelry, and both patterns as well as finished objects can be found on Etsy. Thank you for nerding out with us and sharing your story, Lara!
Posted by Sara at 7:08 AM