Crochet on the BBC's Call the Midwife

One advantage to having crochet as my primary activity is that I get to keep up with lots of shows and movies on Netflix. We don't own a television, and I've found that my laptop is all I need. Through much practice my tension is even enough that I can half pay attention to what I'm doing and still end up with a great finished object. Pattern writing requires more work and dedicated head-space, but sometimes I'll be working on a portion of a pattern that repeats and can watch movies and television shows then as well.

If you like period pieces, babies, women, nurses or any combination of those and haven't checked it out yet, I highly recommend Call the Midwife. I love to crochet while I'm watching it. As if the show wasn't likable enough, it often features crochet! Here are several crochet snippets (plus some knitting) that I caught in a single episode, and there were many more I simply didn't screen capture because I was too involved in the story to pause. 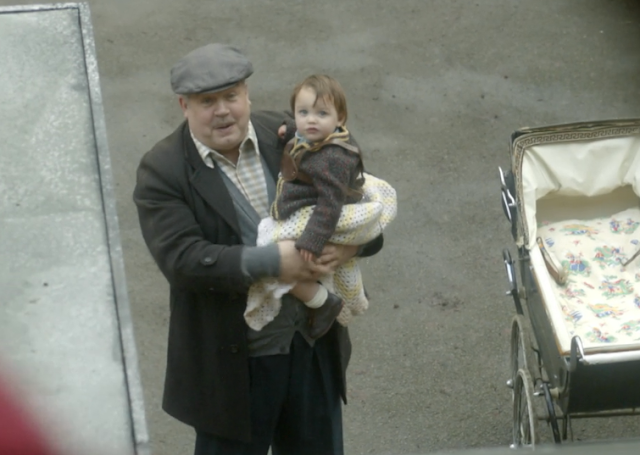 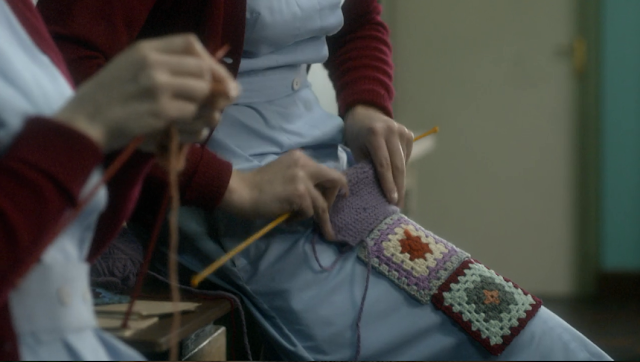 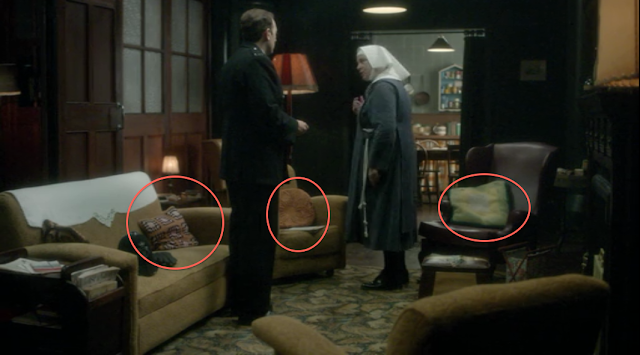 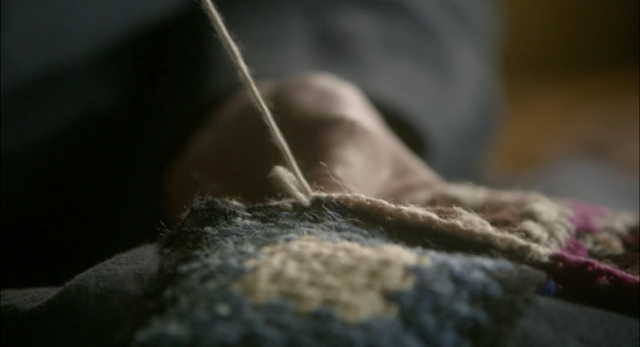 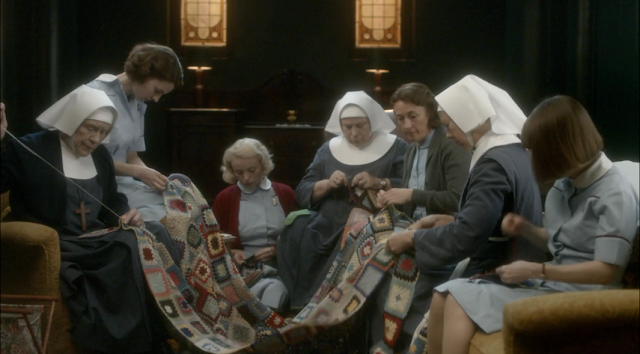 I don't want to give too much away, but the final shot shows the women crocheting together during a very tense moment. I find it particularly beautiful. The show is set in the UK during the 1950s. As thankful as I am to live in this modern age, especially with regards to the concerns raised by the show, I do get all dreamy over the idea of crochet being so widespread. So many of the little babies born on Call the Midwife have sweet crochet blankets, bonnets, booties, etc. lovingly made for them by their families. I think it would be quite nice if knowledge of the leisure arts was still so widespread and valued, passed down through generations. Until then I guess I'll just have to crochet along with the ladies on the show.

Note: All screen captures were taken by me and I would like to reference the Fair Use Act with regards to criticism and comment.
Posted by Sara at 12:16 AM