Another Friday is here! I hope all of my American readers had a great holiday yesterday. Today's Friday Focus highlights Joyce Lewis, whose Croco-Dahlia afghan block has become extremely popular. She has several more awesome patterns for you, including more afghan blocks. And guess what? Many of them are free! As a designer myself I know how much time and effort goes into pattern development. How kind and generous it is of Joyce to post some of her patterns for free! She is on her way in the crochet world; designing more patterns, being featured by other famous crocheters, and even co-writing a book! Let's hear all about her.

My name is Joyce Lewis and I go by Dunnica on Ravelry. My parents lived on a street called Dunnica when I was born and I figured it was such an unusual name that there wouldn’t be too many people trying to use it…so I made it my username.

Who taught you to crochet? How long have you been doing it?
My mother showed me how to crochet when I was young, but I failed to see the full potential of the craft at the time. A few years ago, she asked me to chart a pattern for her and I spent some time online tracking down information for the project, that’s when I ran across Ravelry and everything changed. I began to see what people are doing with hooks and string these days, and wound up hooked on it myself.

I found the Cyber CGOA [Crochet Guild of America] group and became involved with the “Home Work” project. “Home Work” is a knit and crochet pattern book published in 1899 and the group members are working to produce samples of every pattern in the book. I discovered that I enjoy deciphering the cryptic instructions written at a time when every little girl was expected to know how to knit and crochet. Some of the patterns are full of misleading instructions, not to mention blatant errors, but once translated into modern terms they turn into beautiful laces, garments for children and adults, and home décor items. We hope to exhibit many of the samples at the Conference in Charlotte/Concord in October.

Why do you crochet?
I’ve tried a few hobbies in my life but this one has stuck with me. It’s not just the portability and the ease and the convenience, it’s the creativity and the productivity. Other hobbies require that you go to them, but crochet tucks itself into your bag, goes with you, and when you finish a piece you know that you have made something unlike any other. You pour yourself into it and it shows the world who you are. Is there anything better than that?

What are you working on right now? What is your next project?
I have just finished a new afghan block, but it’s a huge secret until the release date so I can’t show that to you. Right now, I’m working on a book with Deborah Burger. She is writing the patterns and I’m doing the tech editing. It’s been interesting to see how an established designer works and develops her patterns, and I’m having a lot fun testing them for her. The book is due out in the Fall but we hope to release a few of the individual patterns this Summer.

Also, my Crocodile Flowers are making an appearance in Margaret Hubert’s new book, “Granny Square Flowers: 50 Botanical Crochet Motifs and 15 Original Projects”, due to be released on November 1st of this year. She used one of them in a project and I can’t wait to see the book!

A few finished objects...
Here is a sample that I did for the “Home Work” project, and all of the samples can be seen on Ravelry. 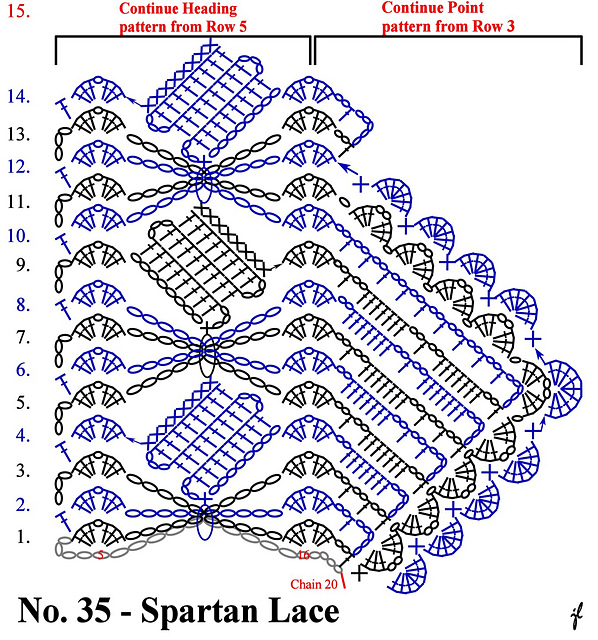 I’m probably best known for the Crocodile Flower patterns, the first one was the Croco-Dahlia. This was the first pattern that I wrote completely from scratch, and it was full of errors when I published it on Ravelry. I learned very quickly that patterns have to be tested by people who know what they are doing before the things are let loose on the unsuspecting public. Now, I have several good friends who vet my work and correct my mistakes for me. 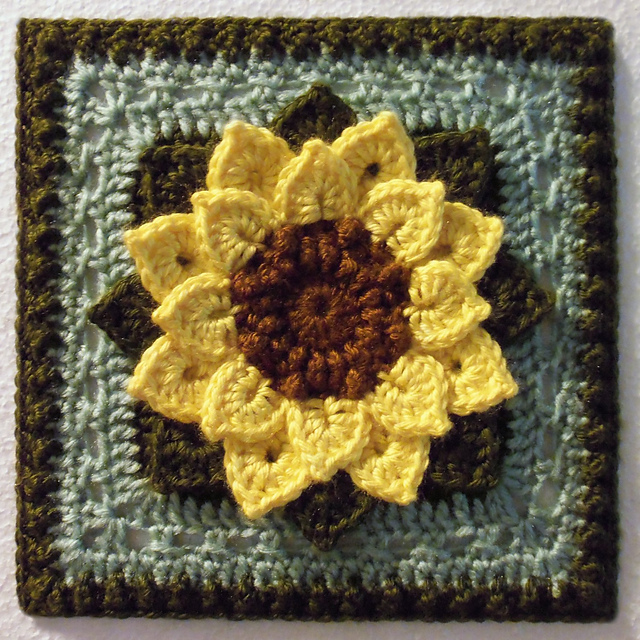 Lately, I have become fascinated by Tunisian crochet, it’s a calmer, quieter motion than standard crochet and the fabric is unique in texture and drape. This is my take on the classic keyhole scarf.
The stitch I used is easy to do and it results in a fabric that is thin and slightly elastic. And, I love the way the scarf stays in place. 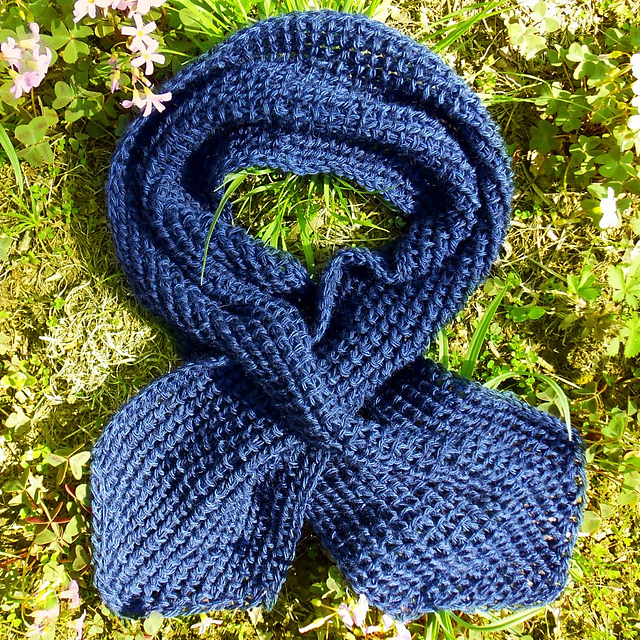 Isn't she awesome? Such great patterns and so well spoken! You can find all of her current designs on Ravelry. Thank you so much for joining us, Joyce! Be on the lookout for her upcoming publications.

If you or someone you know would like to be featured, you can contact me at illuminatecrochet@gmail.com. So far I have been doing all of the selection myself, but I would love to be exposed to new designers that I haven't heard of!