It's March. It's almost spring. Did that stop me from designing a cowl? Nope! I had about 260 yards of some lovely Malabrigo Mecha given to me by a friend. When I couldn't find a suitable project for it I thought well gee, I guess I'll just design my own. 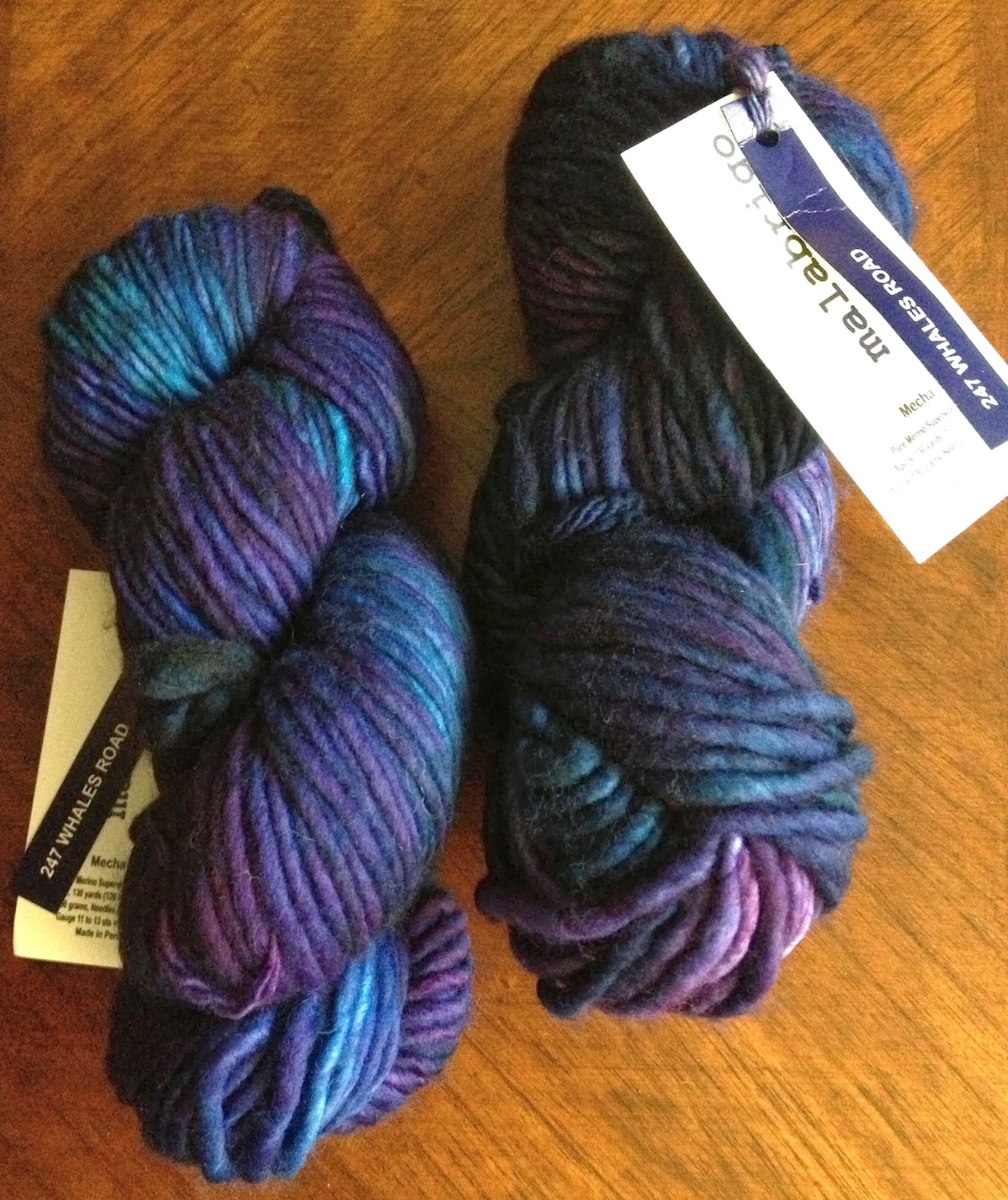 She also gave me this neat little button with a bird and a skein of yarn on it. The bird looks pleased with its acquisition. 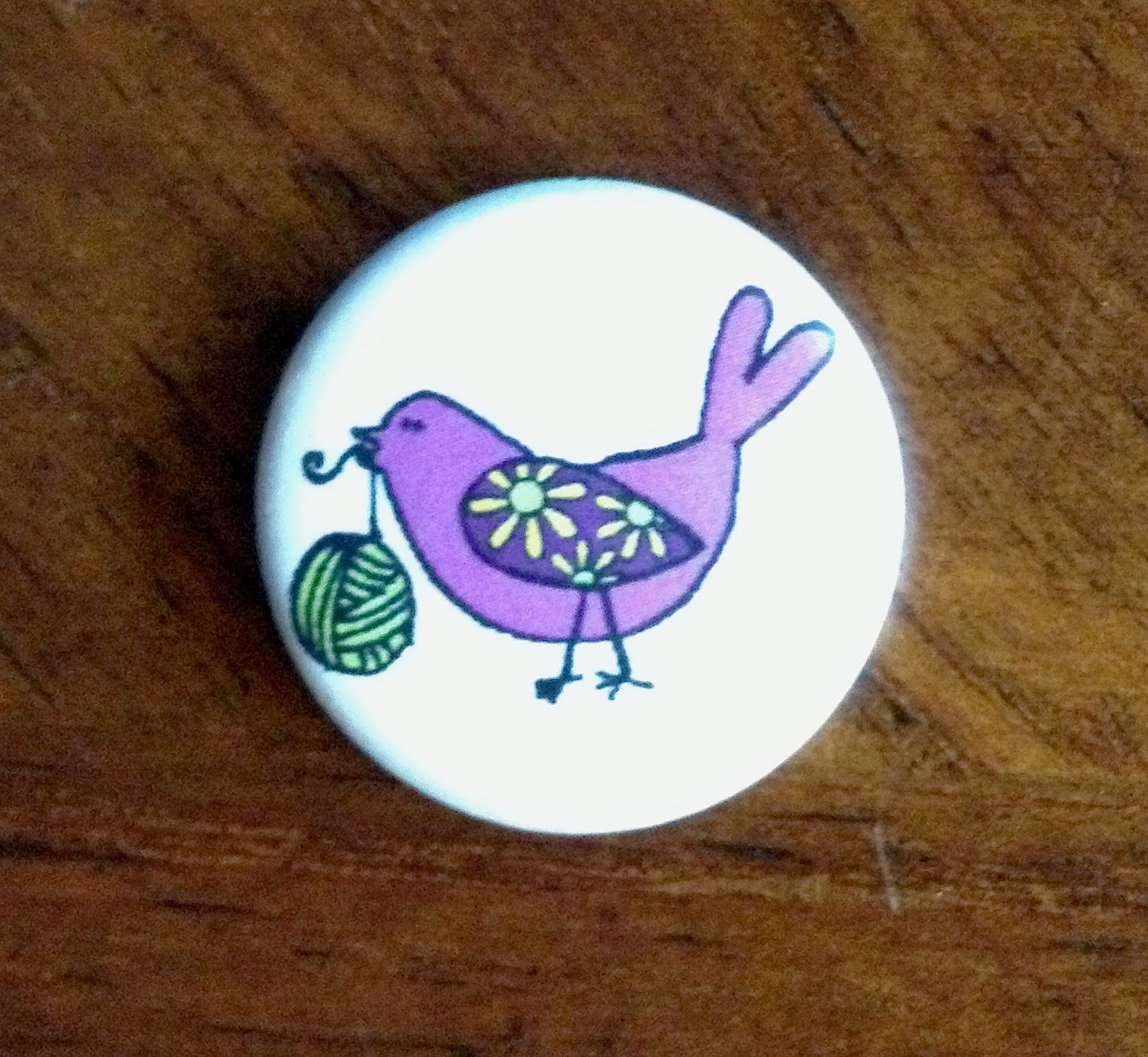 She told me she picked the yarn out for me because it reminded her of the nebulae I'm always talking about. I love space stuff, especially nebulae, so I was super pleased with her rationale. One thing led to another and the Nebula Cowl was born. 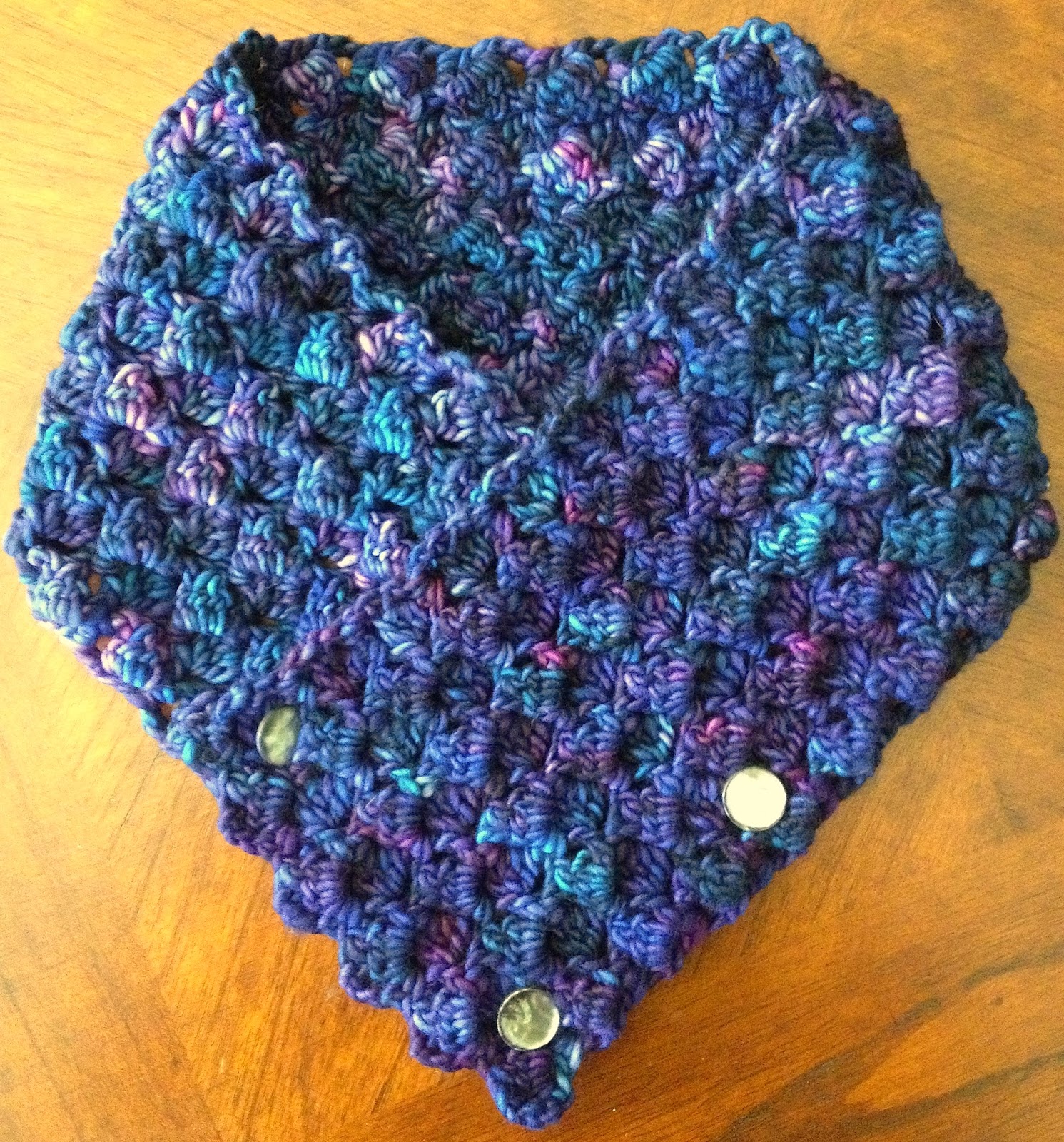 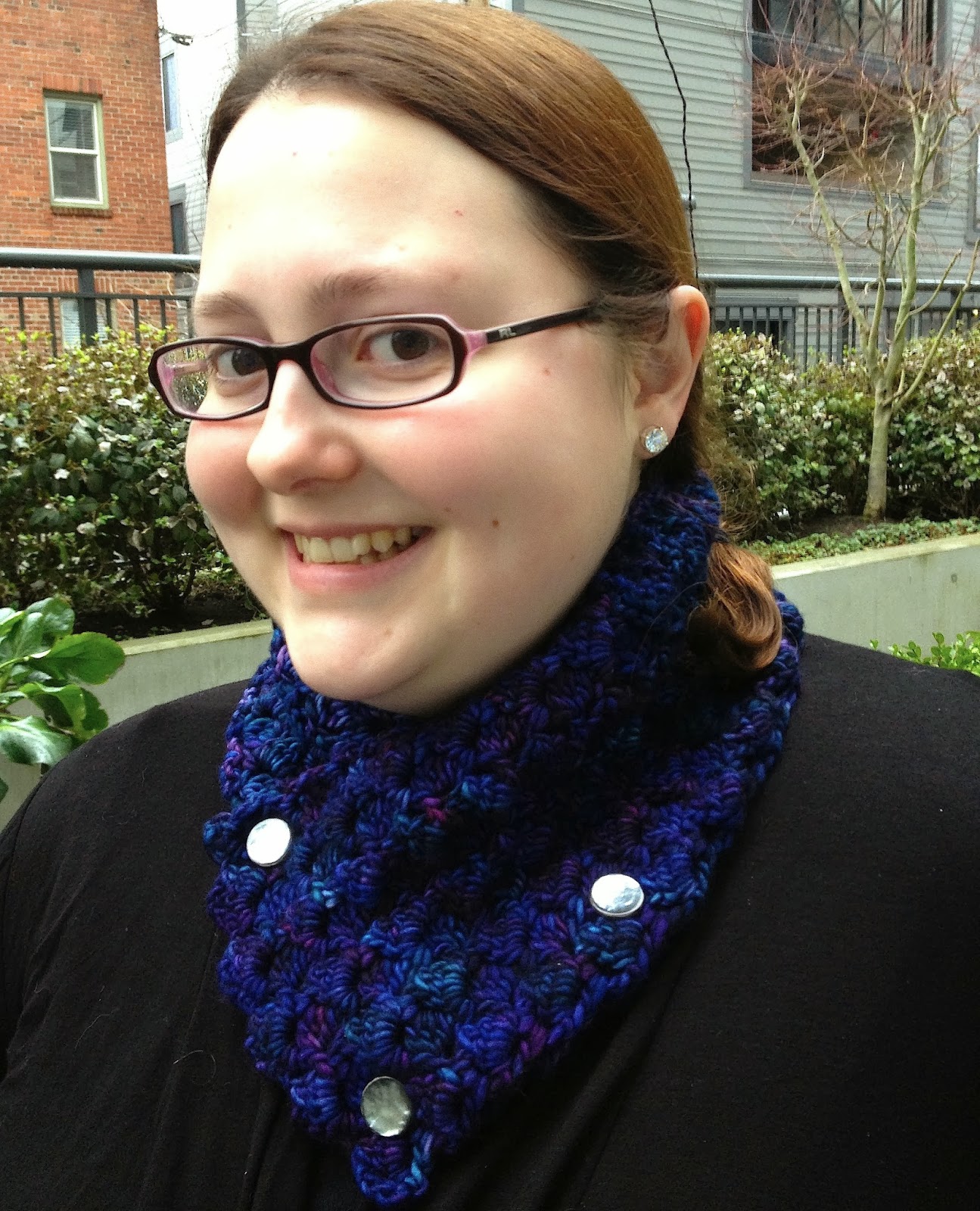 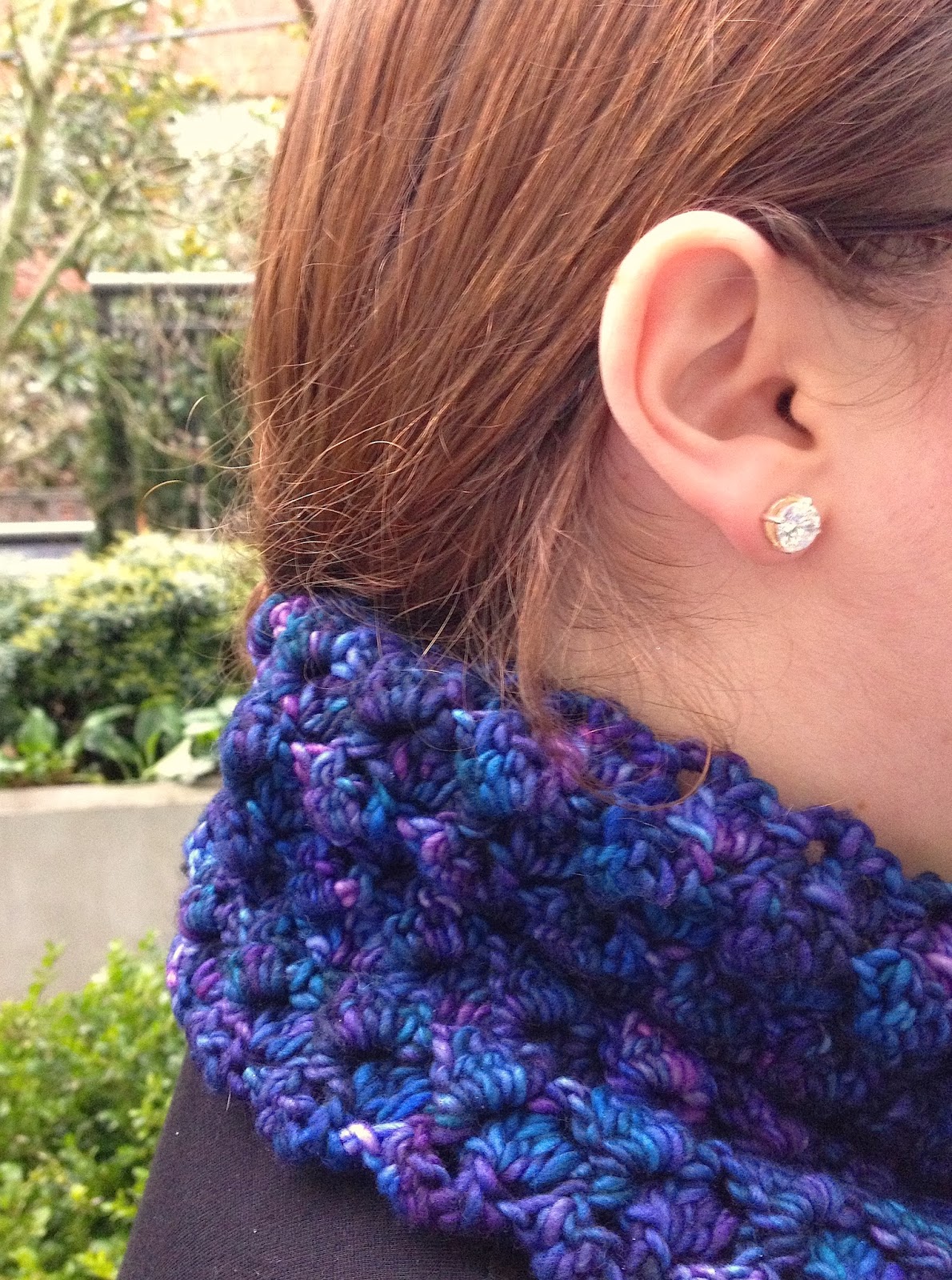 It's really interesting how different this yarn looks in various lighting. I decided to make this a free pattern since it's pretty short and repetitive. All the same, I really enjoy the finished product. I may even keep it! I haven't decided yet.

I had enough yarn left to make a matching hat, but I decided not to include instructions for the hat in the pattern. On my first hat attempt I included more of the cowl's style but ran out of yarn and had to frog it. The second hat attempt was made in triple crochet finishing with a border to match the cowl. I had juuust enough yarn, with about one yard leftover. Whew! 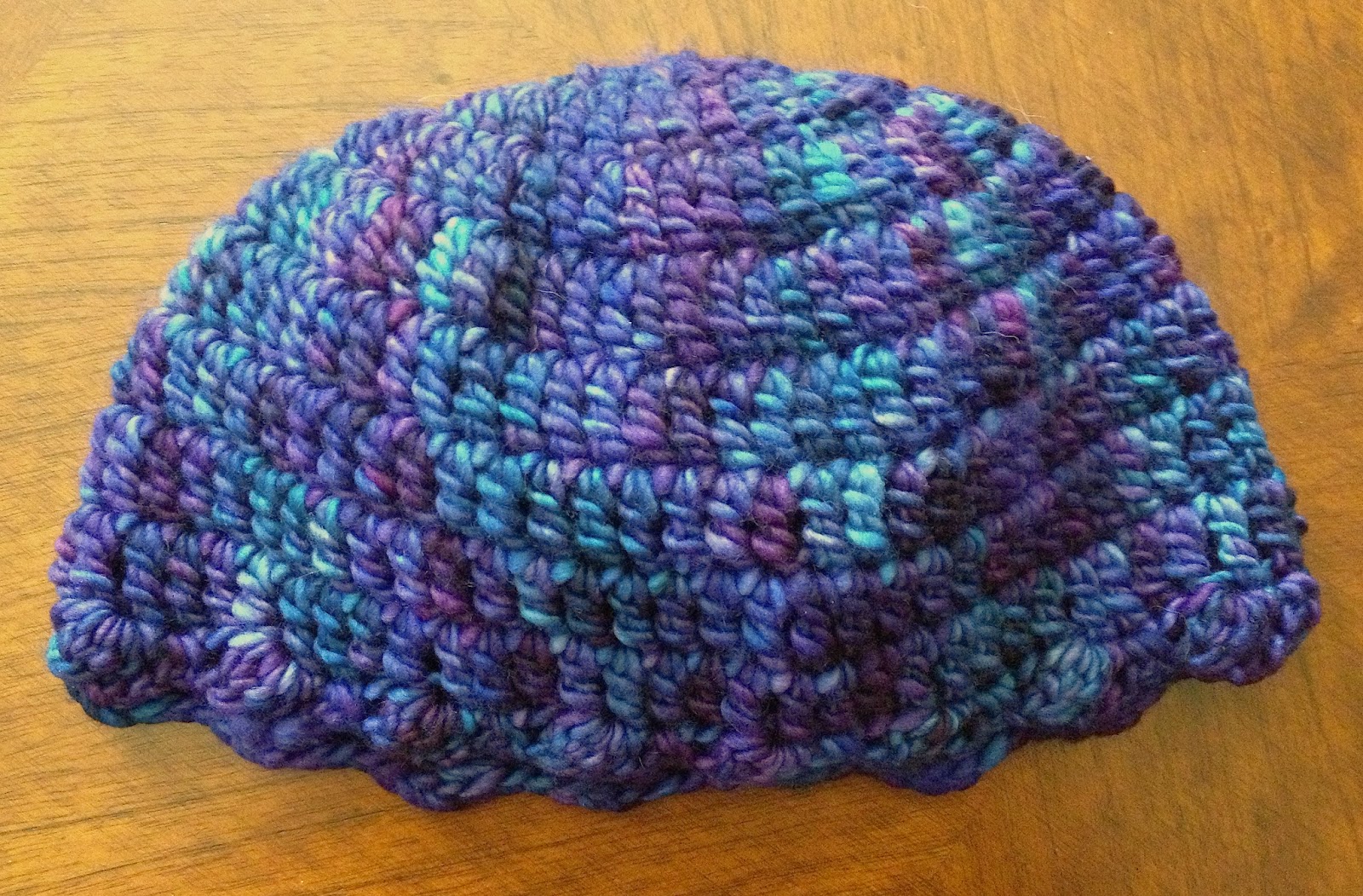 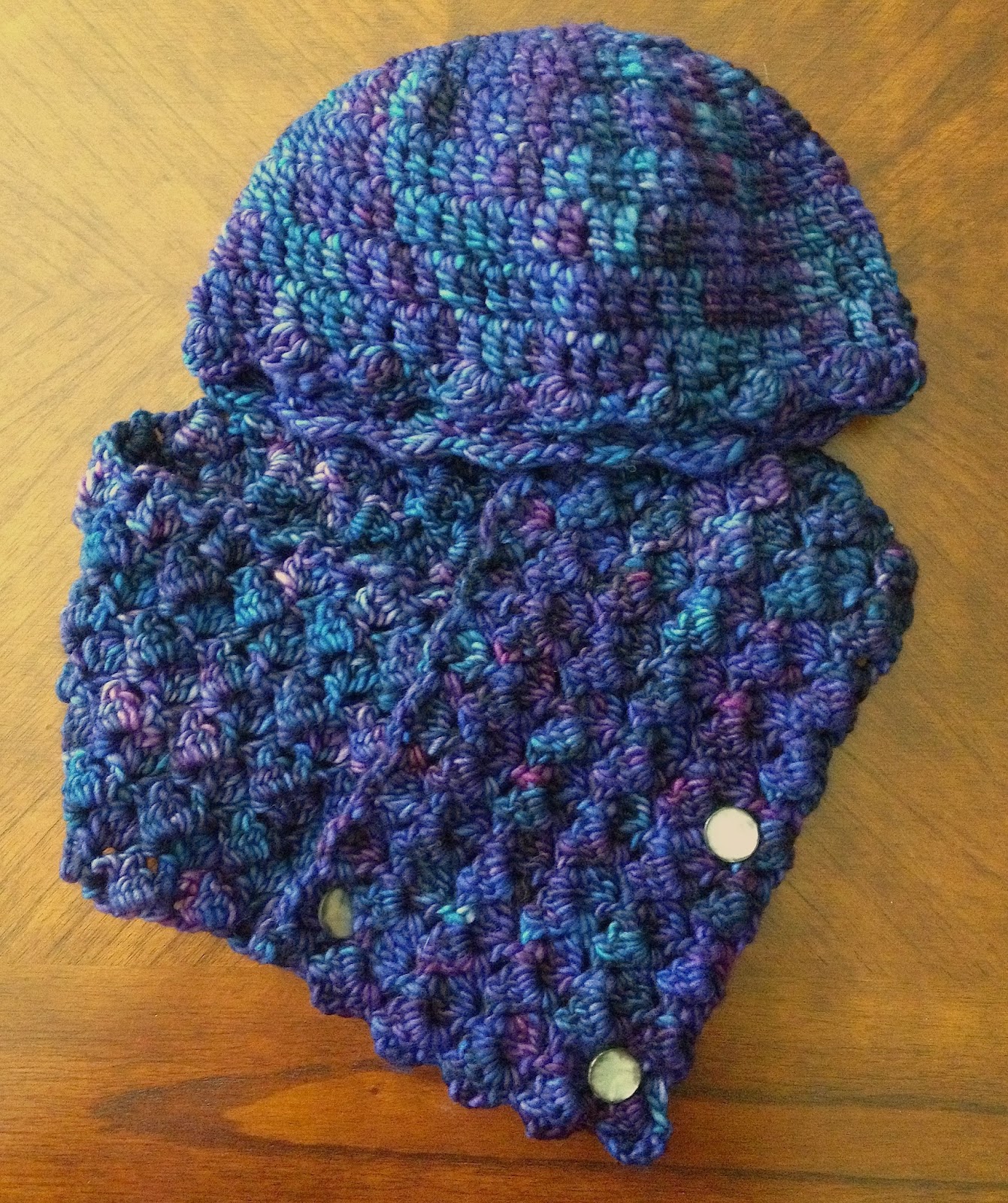 The pattern for the Nebula Cowl is available for free on Ravelry.
Posted by Sara at 9:52 AM